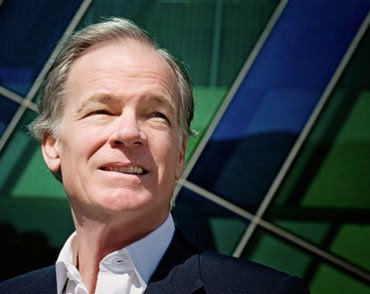 On the Republican side, Tom Foley is refusing to debate other Republicans running for governor. Mr. Foley has a sizable edge over his Republican competitors in recent polls.

On the Democratic side, Governor Dannel Malloy only recently announced he was running for re-election. Previous to his announcement, Mr. Malloy, like President Barack Obama a perpetual campaigner, had been using his bully pulpit to gain an advantage over his Republican opponents; among political cognoscenti, this is known as “running for re-election.” Campaign “white lies” have become much dirtier over the years -- c.f. Governor Lowell Weicker: Instituting an income tax would be like “pouring gas on a fire.”

Asked why he should not give up the pretense and just announce he was running for re-election, Mr. Malloy showed his campaign hand. He said he wanted to give the Republicans sufficient time to beat up on each other. That is what a primary contest is: a friendly wrestling match among political compatriots that permits enemy combatants to gain a political advantage. Mr. Foley, the only Republican in the race who had previously engaged Mr. Malloy in a gubernatorial campaign, likely read the item in a newspaper and determined – not this time.


In his first campaign against Mr. Malloy, Mr. Foley actually acquired more major party votes than Mr. Malloy. Votes trickling down from Connecticut’s Working Families Party, the political arm of the state’s employee unions, secured the contest in Mr. Malloy’s favor. Apart from ideological constraints – Mr. Malloy is a card carrying progressive -- this is one of the reasons Mr. Malloy has been partial to unions during his first term in office.

There are positives and negatives involved in what appears to be Mr. Foley’s decision not to engage his fellow Republicans in pre-general election fisticuffs. And some of the positives are also negatives.

By refusing to debate his fellow Republicans apart from delegate forums, Mr. Foley avoids unnecessary inter-party bruising and enters the contest with Mr. Malloy, assuming Mr. Foley emerges from the Republican Party nominating convention as his party’s choice for governor, relatively unscathed; the YouTube clips showing one Republican denouncing another as a weak opponent can be inconvenient in a general election.

And of course, all slopes are slippery slopes in political campaigns. Some people “misspeak,” others lie. During the U.S. Senate contest against Republican Party nominee Linda McMahon, a New York Times reporter discovered a clip showing the sainted Dick Blumenthal asserting, or devilishly suggesting, that he had served as a marine in Vietnam, when in fact he was safe in Washington D.C. delivering Toys for D.C. Tots – this after Mr. Blumenthal had obtained five deferments from 1965 to 1970 that allowed him, according to the Times “to complete his studies at Harvard; pursue a graduate fellowship in England; serve as a special assistant to The Washington Post’s publisher, Katharine Graham; and ultimately take a job in the Nixon White House.”

In a senatorial candidate less lauded over the years by Connecticut media, these disclosures might have brought Mr. Blumenthal’s long career in politics to an abrupt end. Today the several “misspeaking” clips serve only as a reminder that publicity is a double edged sword. Exposure can be both a curse and a blessing.

Mr. Malloy, first elected governor in 2010, will have been exposed in office for four years by the time the 2014 general election rolls around. Republicans are determined that the general election should pivot on Mr. Malloy’s first term in office and Connecticut’s distressed condition.  Stumping at the New England State Council of Machinists' annual conference in Groton recently, Mr. Malloy, relying on potboiler progressivism, told the assembled machinists, “Two things are going on. Number one, unions built the middle class in America … Number two, the middle class is under attack."

It is no secret that Mr. Foley will be attempting to convince a majority of Connecticut voters that non-union middle class workers in Connecticut have been under remorseless attack by the Malloy administration ever since he first unfurled his “shared sacrifice” banner early in 2010 and then proceeded to hammer a vanishing middle class with the largest broad based tax increase in the state’s history. Most Republican gubernatorial candidates already have shown this card on their table.

Mr. Foley’s hand to date remains hidden, and a hidden campaign also presents difficulties. In politics, you can’t beat something with nothing. Candidates who float info office without first presenting to the general public a plan of action, lose a mandate to govern. Campaigns are important because they enlist citizens in a common endeavor and are, perhaps more importantly, public affirmations of a candidate’s plan of action. Easy wins lead ineluctably to easily dismembered administrations. The best laid plans of politicians are often torn asunder because they neglect to present them coherently during campaigns.

The polls so far suggest that it is possible for Mr. Foley to prevail over Mr. Malloy, but whether or not Mr. Foley can govern well is a matter that properly should be determined in an open and honest campaign.

Foley does not have this sewn up, by any stretch of the imagination. I predict we will come out of the convention and into an August primary between Foley and Lauretti and/or Visconti.

After that, who knows? We live in an entirely different political environment than we did 4 years ago.

I can say this, though; Malloy is toast.

It's debatable whether or not regular folks are paying attention at the moment but Foley runs the risk of reinforcing his considerable air of entitlement. Along with his opponents, he's ignoring the voters. It's not a hard to understand the strategy but when you choose to be nowhere, you're nowhere.

There is a sense in which choosing an executive is, or ought to be, primarily a question of competence. But, after decades of activist State government it's not enough to say that "sensible policies" will fix all problems. The reason the State is in a perilous position is not only a reflection of Dannel Malloy's poor judgement, but also of generations of ideologically hell-bent legislatures. I'll vote for the Republican nominee whoever it may be, but in the primary season I want a candidate to tell me with some specificity both how government is mismanaged, but also how its expansion has been essentially misguided. It appears that Foley will be content to run on his business acumen and name recognition.
------------
My sensible policies will bring fiscal order to our state, create good paying jobs for working families, restore our cities, improve our business climate, and return honor and integrity to state government. - See more at: http://www.tomfoleyct.com/#sthash.fwUTKuUv.dpuf

I see the primary as one between Foley and Boughton.
But another key one the who will replace Napier as State Treasurer. Just as important a race.

I feel you cannot run on "business acumen and name recognition" and expect to win this important race. We need to know how you plan on making this State of CT get back on its feet. Just saying it needs change isn't good enough for me. Plus I'm looking for a candidate who is transparent and looks to the people for their input and suggestions. It has not gone unnoticed that Mr. Foley attended the Northeast CT Republican Event on 1/31 and spoke at a Tea Party meeting in Putnam and didn't have the answers people were looking for. Time is of the essence here and the vote for the candidate that will give Nutmeggers answers isn't as far away as you think.