We have passed the barrier to the New Year. We are leaving behind the old year and, with it, an eight year old national Democratic administration. President Barack Obama has left the stage snapping and growling – at Israel, among others. The question of the day is: How will things shape up in the New Year?


An old saying has it, let no man count himself favored by fortune before he is tucked safely into his grave. Time always conceals under its wings some world-changing surprises. For instance, Russia will be celebrating the 100th anniversary of the Russian Revolution in the New Year.  At the butt end of the 19th century, very few people could have imagined six decades of Communist rule. The rule mentioned above – don’t count your chickens before they hatch – applies as well to the new administration, which will not officially begin until January 14.

The truth is no one knows what will happen, until it happens. Donald Trump has been comfortable most of his life inventing and re-inventing himself as he goes along, escaping snares along the way. Politically, the direction he will take is uncharted territory.  But there is little doubt that the Trump victory puts an end-point on the Obama legacy.
Read more »
at December 31, 2016 No comments: Links to this post 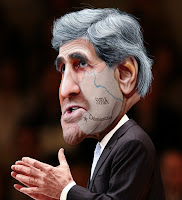 When former Secretary of State Hillary Clinton hobbled out of President Barack Obama’s cabinet, Mr. Obama found the perfect replacement in John Kerry, who believes that one cannot be both a patriotic Israeli Jew and a democrat; the reader will please note the lower case “d” in democrat. Mr. Kerry would not wish to suggest that individual Jews cannot be Democrats, because that would cost the Democratic Party of which he is a member both patronage and votes.

Saying just the right thing at just the right moment is not Mr. Kerry’s strong suit, nor for that matter is diplomacy, effective in foreign policy only when it is attached to strength and honor. In this, Mr. Kerry is a chip off his chief’s block. Having failed diplomatically in Iraq, Mr. Obama withdrew American troops from the country, creating a vacuum that eventually was filled by what Mr. Obama called “a JV team.” That would be ISIS, which now has a presence in multiple countries in the Middle East and the North African continent.  Additionally, ISIS inspires Islamic terrorists – what else to call them? – to kill civilians in France, Belgium, Great Britain and the United States, having perfected their murderous ways by burning Christian churches and slicing Christian throats in the ravaged Middle East.
Read more »
at December 29, 2016 No comments: Links to this post 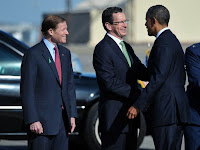 The Associated Press called it “a striking rupture with past practice.” But it was more than that. It was an intentional slap in the face to Israel, President Elect Donald Trump, and all prior presidents who had manfully resisted the recent UN declaration made possible by lame-duck President Barack Obama’s decision to abstain from a UN Council vote that condemns Israeli settlements in the West Bank and East Jerusalem as a “flagrant violation of international law.”

Mr. Obama’s decision to abstain from the council’s 14-0 vote, the AP reported, “is one of the biggest American rebukes of its longstanding ally in recent memory. And it could have significant ramifications for the Jewish state, potentially hindering Israel's negotiating position in future peace talks. Given the world's widespread opposition to settlements, the action will be almost impossible for anyone, including Trump, to reverse.”
Read more »
at December 26, 2016 No comments: Links to this post

There’s A Malloy In My Soup 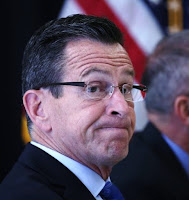 The theory went something like this: Governor Dannel Malloy’s approval rating in his home state was scraping the bottom of the barrel at about 24 percent; Democratic presidential nominee Hillary Clinton was certain to bury know-nothing Republican presidential nominee Donald Trump in the general election; Mr. Malloy, an ardent Clintonista, would move into an appropriate slot in the  victor’s cabinet; he then would have an opportunity to personally select his successor, most likely Lieutenant Governor Nancy Wyman; Mrs. Clinton’s gravitational mass would draw other Democrats into Connecticut’s General Assembly; and eventually the state, listing badly and taking on water, would right itself. Happy days would be here again. Birds would be singing, the flower would be driven through the green fuse, angels in Heaven would shout hosanna. The nation and the state would be saved.

Then, as November 8 gave way to November 9, reality struck a fatal blow. Mr. Trump was elected the most popular Republican candidate in history, bringing in over 62.4 million votes. He secured victories in at least 83 percent of the counties in the United States. Throwing President Barack Obama and Mrs. Clinton into the mix, Mr. Trump became, according to The Inquisitr, a global aggregator site, “the only popular vote candidate among the three to receive success in more than 25 percent of the county-level vote, a victory that has all but been overlooked in the media due to the popular vote margin and recount initiatives.” It was the capturing of counties that furnished Mr. Trump with an unsurpassable electoral lead over Mrs. Clinton.
Read more »
at December 20, 2016 No comments: Links to this post

The new “never-Trumpers” are mostly Democrats. The last significant remnants of formal Republican opposition quickly melted soon after Donald Trump thumped Democratic Presidential nominee Hillary Clinton in an election that, despite all the post-election caterwauling about Russians possibly manipulating ballots in favor of the nouveau conservative Republican, was won handily by Mr. Trump.

Jonah Goldberg of National Review got it right. “Never Trump” may have been appropriate for some on the right who supposed Mr. Trump was a member of a different tribe. But now, “Never Trump is over. Never Trump was about the GOP primary and the general election, not the presidency. The Left wants to claim it must be a permanent movement, denying the legitimacy of Trump’s election forever, or we were never serious. Well, that’s not what we — or at least I — signed up for.”

U.S. Representative Jim Himes, who just won re-election to office, has been pushed over the edge by Donald Trump, according to a story in the New York Post.

“What finally pushed me over the edge, Himes said in an interview on CNN’s New Day, “was when the president-elect of the United States criticized the CIA and the intelligence community. Can you imagine what the leaders in Beijing and Moscow and Tehran are thinking as they watch the next president of the United States delegitimize and criticize his own intelligence community and stand up for the defense of Russia, one of our prime adversaries.”

Mr. Himes must have been standing very close to the edge, because he believes that Mr. Trump’s remarks on the CIA report show that the President-Elect is unhinged: “We’re five weeks from Inauguration and the President Elect is completely unhinged.” In plain-speak, “completely unhinged” means he’s  nuts. Among Democratic politicians still suffering from painful election losses – Republicans, this election season won the House, Senate and White House, a trifecta – the expression may indicate a general unease with the results of the election, rather than a serious appraisal of Mr. Trump’s mental health. Wounded politicians under stress are occasionally subject to hissy fits.

Malloy To Unions: We Surrender

The CTMirror story begins with a potent image of pending disaster: “Gov. Dannel P. Malloy announced a deal Friday with state employee unions that would allow Connecticut to dodge a fiscal iceberg by holding down annual pension costs otherwise set to spike over the next 16 years.”

“Iceberg sighted, full speed ahead,” cries captain Malloy, who has skippered Connecticut’s ship of state for nearly five years. The state’s unpopular governor, approval rating 24 percent, is up for re-election in 2018.

“But to get that relief,” CTMirror adds, “Connecticut would shift at least $13.8 billion in estimated pension expenses owed before 2032 onto a future generation.
Read more »
at December 11, 2016 No comments: Links to this post

On The Lumpenmedia, Anxiety, Trump, Authenticity And The American Republic 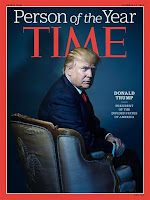 Every time President-Elect Trump bashes the media, his popularity pops upward. Why?

The feeling on the street is that however many lumps President-Elect Donald Trump delivers to the media, just or unjust, they deserve it. The approval rating of the media among americana ordinarius is on a par with that of Connecticut Governor Dannel Malloy, hovering as I write around 24 percent. Approval ratings may not matter all that much. Both Mr. Trump and his Democratic Presidential opponent, the vanquished Hillary Clinton, were, according to fallible polls, highly unpopular. The polls themselves, this time around, were highly unreliable. In the post-election period, one imagines pollsters lying on psychiatrist couches, the psychiatrists digging deeply into their psyches in an attempt to salvage their sanity.
Read more »
at December 10, 2016 No comments: Links to this post 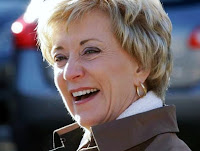 Mrs. McMahon twice ran for high political office in Connecticut, losing to then Attorney General Dick Blumenthal in 2010 and to Chris Murphy in 2012, but not before she slathered the political landscape with nearly $100 million. It was noted at the time that wrestlers sustain injuries and Mrs. McMahon had a yacht.

If Mr. Blumenthal, slightly edging out Nancy Pelosi as the eleventh richest U.S. Congressman in a body swelling with 268 millionaires, showed any anxiety that his election would turn on Mrs. McMahon’s millions, no worry wrinkles appeared on his placid brow during the campaign.

For the past eight years of the Barack Obama Presidency, the moderate Democrat, perhaps best represented by the much reviled former Connecticut U.S. Senator Joe Lieberman, has been an endangered political species. Having lost a Democratic primary to Ned Lamont, Mr. Lieberman won in the general election as an Independent, incurring the enmity of progressives whose heads even today explode at the mere mention of his mane.

But following the unexpected rise to the Presidency of Donald Trump, the species is making a comeback in the person of U.S. Rep Jim Himes, who has been chosen to lead the New Democrat Coalition, “a group of about 50 Congressional Democrats that calls itself moderate and fiscally responsible,” according to the Hartford Courant.

Boastful progressives in Connecticut, hardly a hotbed of progressivism before the advent of Barack Obama, are now fading into the woodwork. Up for re-election in two years, one expects U.S. Senators Chris Murphy to be less like a caterwauling Elizabeth Warren, the scourge of Wall Street, and more like Mr. Lieberman, Chris Dodd or Abe Ribicoff, none of whom considered themselves progressives.
Read more »
at December 06, 2016 No comments: Links to this post

Blumenthal To Trump: No Honeymoon

U.S. Senator Dick Blumenthal, Connecticut’s consumer protection Congressman, might have been speaking of the Clinton Foundation, a mare’s nest of government-corporation entanglement, when he mused, “Time is not on our side. We really need to move quickly, because the longer it goes without some scrutiny or oversight, the more general acceptance there will be. We need to create this sense of outrage and alarm that pieces of the government are being sold and compromised.”

But of course, he wasn’t.  Mr. Blumenthal was drawing a bead on President-Elect Donald Trump. Apparently, there is to be no honeymoon during this post-election season. It used to be considered seemly to wait a few weeks into a Presidency before the political opposition began to seed the political theatre with their Weapons of Mass Destruction (WMDs).
Read more »
at December 02, 2016 No comments: Links to this post