The Governor’s Race And The Correlation Of Forces 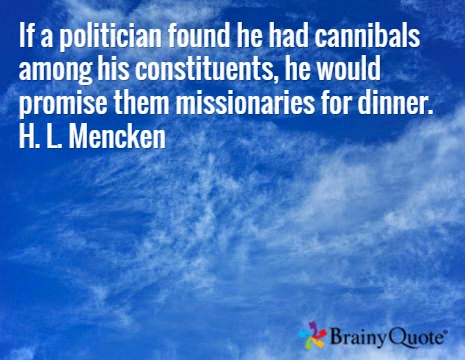 Most commentators in Connecticut seem to trust the Quinnipiac Poll. The latest Q poll shows Republican gubernatorial challenger Tom Foley leading Governor Dannel Malloy by about six percentage points. The same poll shows Independent gubernatorial challenger Joe Visconti capturing about seven percent of the vote, and that seven percent represents the ants in the pants of Foley supporters who point out that, during the last gubernatorial go-around, Mr. Foley lost to Mr. Malloy by a very thin margin. The Q poll also points out that Mr. Visconti appears to be drawing equally from Republicans and Democrats, so that his effect on the general election would appear to be a wash.
Read more »
at September 29, 2014 3 comments: Links to this post

Juliana Simone, for nine years the host of the Barkhamsted Republican Town Committee's political interview show "Conservative Chat and Chairman of the BRTC since 2009," has invited me to make a few impromptu remarks during the town’s biannual fundraiser on September 30. If anyone following Connecticut Commentary attends the event, please coral me and say hello.

I’ll be touching briefly on a few topics I’ve written about recently. There are some things I will not have time to address. Allow me to do so here.
Read more »
at September 25, 2014 1 comment: Links to this post

Taking the Fifth, The End Of Rowland 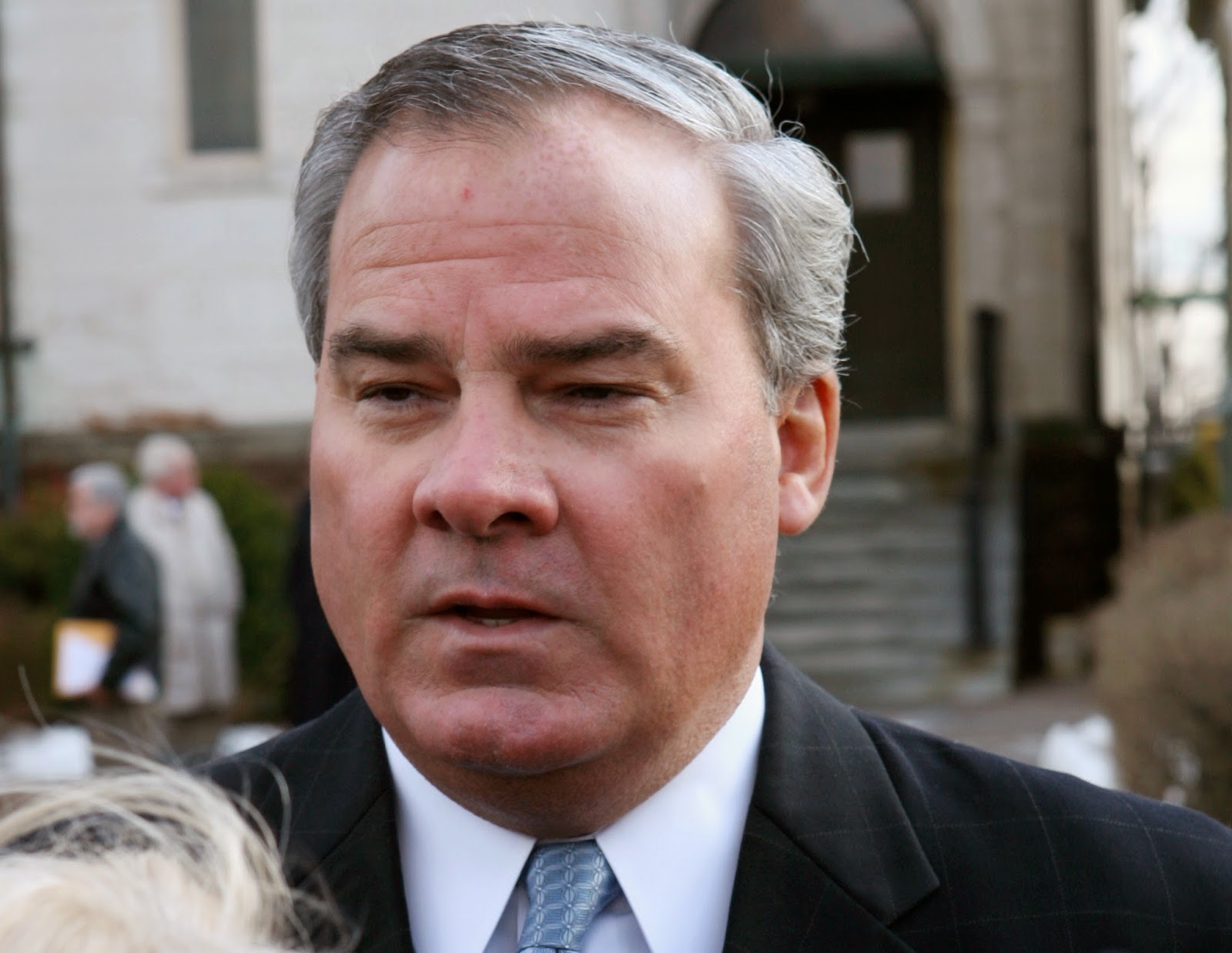 Following the John Rowland guilty verdict, a great number of Connecticut’s left of center media adepts were popping champagne corks. Colin McEnroe, whose Christian sympathies appear to have withered on the vine, was not among them:

“So the sentence he [Rowland] will get is implicitly heartbreaking unless you factor in your own outrage at the way things went down in 2004, when a charming (and easily charmed) old softy named Judge Peter Dorsey handed Rowland a year when 5 to 8 would have been generous.

“So I had a glass of red wine at the end of this day, but not a split of champagne.”

Mr. McEnroe also let it be known he was outraged that he was let go from WTIC talk radio some years ago after having given the station fourteen of the best years of his life, and so…

“WTIC was hoping Rowland would be cleared. The opposite has happened. If an underling had handled things so horribly, with such disastrous consequences for the company, the underling would be fired. Management rarely plays a comparable price for its dreadful judgment.

The Extremists Among Us

Somewhere along the line, national and state Democrats discovered that most Americans do not cotton to extremists. For this reason, progressives in the state of Connecticut – nearly all politically active Democrats -- have taken to calling “extremists” those who oppose some of their more radical political positions.

V. I. Lenin, an extremist of the first water, knew that if you effectively labeled an opponent or an idea, you did not have to argue with either. If you have successfully identified in the public mind as an extremist anyone who disagrees with you on a political or social point, you need not address his nuanced arguments. You need not bother to confront his arguments at all; the mud you throw – knowing full well that some of it will stick – will be sufficient to convince a majority of people that your position is superior to his, because you are superior to him: He is an extremist, and you are not. In cases such as these, arguments are won not through debate or the presentation of compelling evidence, but rather through the brute force of demagoguery.

“Neutrality is at times a graver sin than belligerence” – Louis Brandeis

Ayaan Hirsi Ali’s appearance at Yale in New Haven was preceded by the usual fuss. But she did appear, and that in itself was a minor triumph.  An earlier appearance at Brandeis at which Hirsi Ali was to receive an honorary degree was shut down by protesters who argued that the speaker was anti-Islamic, and Brandeis, a university named after Louis Brandeis, the first Jewish appointment to the U.S. Supreme Court, covered itself in dishonor by acceding to the protesters.

Louis Brandeis, whose path to the Supreme Court was littered with anti-Semitism, knew that those opposed to free speech usually succeed in their aims by stirring up fear: “Fear of serious injury alone cannot justify oppression of free speech and assembly. Men feared witches and burned women. It is the function of speech to free men from the bondage of irrational fears.”
Read more »
at September 17, 2014 1 comment: Links to this post

Is Elizabeth Esty Turning Into A Mud Wrestler?

Connecticut’s 5th District has always swung like a pendulum between Democrats and Republicans. This election year, Democratic incumbent Elizabeth Esty will be facing Republican challenger Mark Greenberg in what promises to be a bruising contest.

Democratic Party ghouls already have put together a campaign dirt book on the inoffensive Mr. Greenberg. No doubt the load of dirt already has been sifted by the Esty campaign; in every political pig heap one may expect to find at least one salient point of information.

The following was released to the media by Len Suzio


Former State Senator Len Suzio, Connecticut's leading critic of the Early Release program, called upon Governor Malloy to immediately suspend the controversial Early Release program and convene a special session of the Legislature to repeal the law as it pertains to criminals guilty of violent crime or crimes related to sex and drug dealing.

“Today we witnessed court proceedings of a criminal (Arthur Hapgood) who had participated in the notorious "Early Release" program who is now charged with the murder of a one-year old infant in Bristol. Nearly 50,000 criminals have been let out of our prisons prematurely to terrorize our neighborhoods and families. We have seen murders, carjackings, sexual assaults and all sorts of crimes committed by criminals who have not reformed their lives and who have been let out of our prisons early because of the reckless and irresponsible ‘Early Release’ law conceived by Mike Lawlor and approved by the Legislature in 2012. The murder and mayhem must stop now”, said Suzio.
Read more »
at September 09, 2014 2 comments: Links to this post

For thirty years and more, Republicans in Connecticut have been fleeing with their pants on fire what the Democrats call “social issues,” a flight from the political battlefield – and reality – that has abandoned all the social turf to progressives, some of whom are radical social engineers with knives in their brains.

It is a serious mistake to suppose that President Barrack Obama has twice won office because his economic vision was superior to that of his Republican opponents, John McCain and Mitt Romney. Mr. Obama’s two elections were won on social issues, largely because Republicans refuse to engage Democrats on matters other than the domestic economy.
Read more »
at September 07, 2014 3 comments: Links to this post

Jonathan Pelto, the once and future Democratic stalwart who had vigorously challenged Governor Dannel Malloy from the left, has closed up shop and is now considering shutting down his blog, Wait What?

Mr. Pelto’s campaign for governor has ended with both a whimper and a bang.