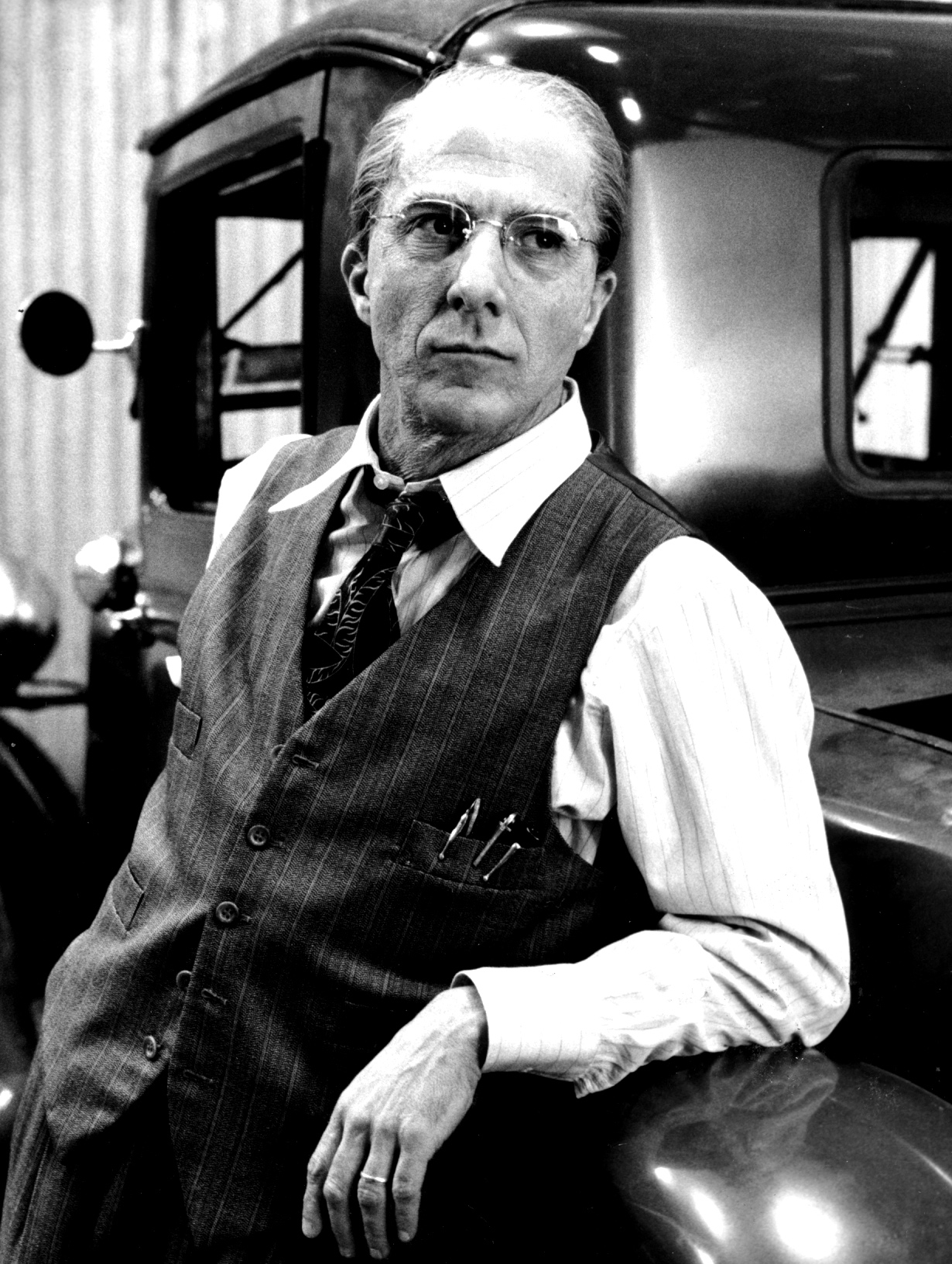 "Sometimes...it's better for a man just to walk away. But if you can't walk away? I guess that's when it's tough” -- Willy Loman, “Death of a Salesman”

The old saying is “You can’t fight City Hall.” That is partly true. City Hall is huge and more powerful than you. The gods of government have resources denied to the little people, but then government is supposed to be on the side of the little people, as is the media, a presumed joint support that tends to even the perpetual battle between the lions of the market place and … let’s call him Willy, after Willy Loman, the chief character in Arthur Miller’s play “Death of a Salesman.”

The Willy of this piece is a Connecticut salesman – there are many of them – who do business with Amazon. And Willy has a problem that will not be settled by the usual white-hatted Attorney General of Connecticut or legislators who weep over the little guy or the media, afflicters of the comfortable and comforters of the afflicted. You can bet your house on that.
Read more »
at April 30, 2019 No comments: Links to this post

The Progressive Moralists Among Us

State Representative Josh Elliot, a progressive Democrat from Hamden, views the state budget as “a moral document that can be used to create a more equitable and fair society,” the Hartford Courant tells us. The paper quotes Elliot on the point: “Are you taking an economic frame and saying ‘what can we do to grow GDP at all costs?’ … Or are you taking a moral and ethical frame and saying ‘what can we do to build up a just society?’ And I think those two questions are at loggerheads right now.”

There is a welter of confusion here. The point Elliot appears to be making is that progressives like himself view the economy as having a moral dimension lost to free-marketers, i.e. redundantly rich capitalists concerned only – note the devil word “only” -- with growing the Gross Domestic Product (GDP). It would not be possible in Elliot’s view for a free-marketer like, say, Fredrick Hayek, author of “The Road To Serfdom” -- a ruthless attack against the collectivist ethos that informs socialism, communism, progressivism and fascism -- to be a moralist.
Read more »
at April 29, 2019 No comments: Links to this post

Well, that didn’t take long. Morning Consult  tracks the favorable and unfavorable ratings of governors across the United States. According to the rating service, Governor Ned Lamont’s favorability rating is hovering around 33 percent 100 days into the new administration. The bulk of the discontent can only be attributed to disappointed expectations.

Former Governor Dannel Malloy, who high-tailed it to his old alma mater, Boston Law, following his not unexpected decision to abandon thoughts of a third term in office, absconded with an approval rating of about 29 percent. Shortly before he threw in the towel, Malloy was the most unpopular governor in the United States.

Ironists – if there are any such creatures among Connecticut political watchers – will dwell on the  as yet unexamined ironies. How did it happen that an electorate that had registered such profound disappointment with Malloy never-the-less elected as his successor another Democrat who managed to acquire, after only 100 days, an approval rating that puts him in 5th place among the lowest rated governors in the country?

There are various theories bouncing around that may square this apparent circle.
Read more »
at April 26, 2019 No comments: Links to this post

New York Times columnist Charles Blow reported last December, “Members of Trump’s team were extremely interested in and eager to accept any assistance that the Russians could provide.” The serpent coiled in that line is that the Trump team HAD colluded with the Russians.  Naturally, the mud throwers are perversely unrepentant. After a two year investigation, Mueller’s team “did not establish that members of the Trump campaign colluded or coordinated with the Russian government,” according to Mueller’s report.

In fact, the often touted suspicions of leading Democrat propagandists – first that Trump had “conspired” against the interests of the United States, a crime and a charge later lowered to “collusion” by those disappointed with the election results, U.S. Senator Dick Blumenthal among them – turned out to be, Mueller said in language as plain as the ego te absolve of the confessional, a molehill blown into a mountain by Trump’s accusers.
Read more »
at April 22, 2019 No comments: Links to this post

The Other Solution: Cut Spending

A piece by Keith Phaneuf in CTMirror, “Who pays the next CT tax hike? Democrats must answer question soon” presents half of the right question.

Listening to Democrats in the General Assembly in this the winter of our discontent leaves the impression that one has heard half a conversation. The debate in the General Assembly and, unfortunately, in the media, ALL OF IT, is about discharging deficits through tax increases. But a deficit, like a coin, has two sides. And a “comprehensive solution” to our problems that shows only one face is no solution.

If the level of spending in Connecticut continues to increase at a rapid rate – and that will assuredly happen if Connecticut continues to pursue a course all too familiar ever since former Governor Lowell Weicker forced his income tax down the throat of a somewhat resistant legislature in 1991 – and if the underside of the getting and spending coin continues to remain face-down on Connecticut’s table, then tax increases are inescapable, a boon to cowardly and lazy politicians.
Read more »
at April 18, 2019 No comments: Links to this post

“If you want a vision of the future, imagine a boot stamping on a human face – forever” – George Orwell.

CBS News has announced that Vermont’s Socialist Senator Bernie Sanders’ "Medicare for All" bill would, according to Sanders himself, "get rid of insurance companies and drug companies making billions of dollars in profit every single year." The bill is a universal health care, one size fits all, tax financed, proposal. Connecticut's U.S. Senator Dick Blumenthal, CTMirror reports, was one of 14 co-sponsors of Sanders’s bill.

“In my view,” Sanders said of his bill, “the current debate over 'Medicare for All' really has nothing to do with health care. It’s all about greed and profiteering. It is about whether we maintain a dysfunctional system which allows the top five health insurance companies to make over $20 billion in profits last year.”

But, of course, the Sanders bill has everything to do with health care. If adopted into law, it would effectively abolish insurance companies. Sanders himself has said that his "Medicare for All" scheme would "get rid of insurance companies and drug companies making billions of dollars in profit every single year.”
Read more »
at April 13, 2019 No comments: Links to this post

Progressive Prohibitionists And The Politics Of Vengeance 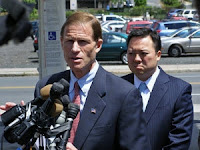 Government begins to be a bother when it uses the power of the state to prohibit normative behavior. The primary instrument of compulsion in this case is – and should never be – the tax code. Ordinary people who would not know a political ideology from a lamppost may be forgiven for reacting normally to a government that uses the tax code to shape behavior.

And yet this practice has become as common as table salt, which some people believe should be taxed exorbitantly because it isn’t good for you.

The Tweeting 21st Century, A Meditation

ne of my college professors – let’s call him Stringfellow – spoke in long, flowing sentences, each of which might easily have been parsed into sparkling separate mini-poems. He liked Faulkner, disliked Hemingway, and tolerated Tennessee Williams for two reasons. Williams consciously structured some of his plays on classical Greek models – compare “Suddenly Last Summer” with Euripides’ “The Bacchae” – and Tennessee, he thought, was a name one could conjure with, as Wallace Stevens did adeptly in "Anecdote of the Jar," the first line of which runs, “I placed a jar in Tennessee/ And round it was, upon a hill …”

One day, a student asked Stringfellow – this would have been in the middle 60’s – “When do you plan to join the 20th century?’ to which Stringfellow replied, “It would be a very wicked thing to wish to be a part of the 20th century.”
Read more »
at April 06, 2019 No comments: Links to this post

The MeToo movement has arrived finally in Connecticut, the land of steady habits. “Biden accuser rips Democrats,” an April 3rd, above the fold, front page headline in The Hartford Courant screeches.

And the story, written by Neil Vigdor, bulges with quotes.

“The Democrats definitely don’t like to hold their own accountable,” said Amy Lappos, referring to an awkward incident that occurred in 2009, ten years ago when she was a congressional aide to U.S. Representative Jim Himes, during a $1,000 per plate fundraising luncheon held at the home of affordable housing developer Ron Moelis, a Greenwich moneybags.
Read more »
at April 04, 2019 No comments: Links to this post

The devil lies in the definitions provided in House Bill 7070. In 1991, a constitutional amendment providing for an income tax and a cap on spending narrowly passed in Connecticut’s General Assembly. The income tax, for good or ill, passed muster and was soon applied; not so the cap on spending. Nearly thirty years later, Attorney General George Jepsen advised that the spending cap was void because legislators had not provided needed definitions to activate it.