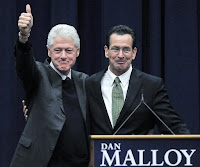 It’s more than a whisper. Hartford, Connecticut’s capital city, already is bankrupt; no one as yet has bothered to read the last rites over the corpse.

“Character is much easier kept than recovered” – Thomas Paine

According to a story appearing in the Waterbury Republican American, “Former state Comptroller Bill Curry, the 1994 and 2002 Democratic nominee for Governor, was even more direct. ‘No one under any cloud of investigation is on any serious list for any appointment in any White House. It simply isn’t worth the enormous political and moral hazard,’ he said. Mr. Curry was a White House adviser to Mrs. Clinton’s husband," former President Bill Clinton.

Mr. Curry believes that Connecticut Governor Dannel Malloy has no chance – zip – of acquiring a position in the administration of future President Hillary Clinton.
Read more »
at August 24, 2016 No comments: Links to this post 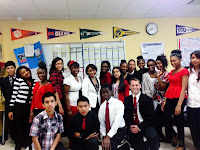 Some teachers and school administrators wait an entire lifetime to receive the kind of accolades liberally bestowed by Kaylani Rosado on the Amistad Academy in New Haven, the mother-school of Achievement First, a network of 32 public charter schools in Connecticut, New York and Rhode Island serving students in grades K-12.

“Too many people,” Ms. Rosado writes, “lower the bar of expectations for students like me. They accept substandard work and objectionable behavior because, deep down, they don't think we can do it, or worse, they believe we aren't worthy of the effort needed to prepare us for college and life. I benefited from a higher bar of expectation from the adults my family entrusted with my education.”
Read more »
at August 21, 2016 No comments: Links to this post 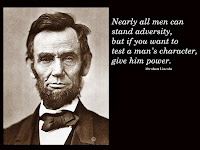 An honest man in politics shines more there than he would elsewhere – Mark Twain, A Tramp Abroad

The national and state elections have, unsurprisingly, intersected. Former U.S Representative Chris Shays not only announced he would not be supporting the presidential candidacy of Donald Trump; he also said he would be actively supporting Hillary Clinton, the Democratic Party presidential nominee. Ditto Lowell Weicker, the “Maverick” Republican who ran for governor of Connecticut under his own party label, “A Connecticut Party.”

These defections are not at all surprising, and anyone writing about Connecticut politics who is surprised at them should have their press credentials revoked.
Read more »
at August 20, 2016 No comments: Links to this post

Connecticut’s Placebo Solutions: Are We Safe Yet?

A solution to a problem that does not solve the problem but instead creates in the public mind the appearance of a solution is often a useful political gambit. This appears to be the case with “Casey’s Law,” a non-solution that saves politicians the trouble of bruising their knuckles on the destructive policies they support – such as sanctuary cities.

It is a fiction that there are only a limited number of sanctuary cities in Connecticut. The truth is – the entire state is a sanctuary state.
Read more »
at August 18, 2016 No comments: Links to this post

Connecticut’s income tax – read: license to spend – is now 25 years old, and celebrations are in order. Just kidding. No one at this point feels inclined to celebrate a destructive measure that has made the state indistinguishable from other spendthrift, high tax states.

Views on the income tax have changed only slightly since it was pumped through the General Assembly by then Governor Lowell Weicker – a gasbag, Managing Editor of the Journal Inquirer Chris Powell called him -- and his accomplices both in the legislature and in Connecticut’s media. Mr. Weicker vetoed three non-income tax budgets before the deed had been accomplished. One of the most prominent signs carried by income tax protesters following the long night of the knives was this one -- “CUT THE FAT.” 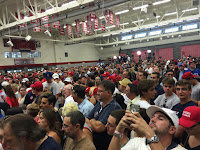 The Trump rally in the heart of still wealthy Connecticut -- Sacred Heart University in Fairfield, located in Connecticut’s uber-rich “Gold Coast” – was hot in both the literal and metaphorical sense.

Five thousand supporters of Donald Trump braving the heat, 100 degrees and climbing, were packed like sardines at the University awaiting the saving word. Trump rallies are political chautauqua events. What’s a chautauqua rally without steaming hot crowds, eh? A flop, that’s what.
Read more »
at August 15, 2016 No comments: Links to this post

Blumenthal On Kidnapping And Ransom Of Americans: “No Comment”

U.S. Senator Dick Blumenthal, up for re-election this year, brusquely but effectively brushed aside Hartford Courant reporter Daniela Altimari's timely and legitimate question; after all, it’s still a free country, and refusing to comment on pointed questions is one of the most often used tools in the toolbox of incumbent politicians with high favorability ratings.

Asked to comment on charges that President Barack Obama had paid Iran $400 million in ransom for  four American hostages, Mr. Blumenthal waved away the reporter by refusing to comment and then took to his heels.

This is not the first time Mr. Blumenthal hit the mattresses when he found himself face to face during an election period with a reporter who had asked him a legitimate but politically prickly question.
Read more »
at August 09, 2016 No comments: Links to this post

Will Israel Survive The Obama-Blumenthal Regime?

The state of Israel must survive, and this is not a walk in the park. Israel is surrounded by noxious Arab powers that long for its utter destruction, the most ambitious of which is Iran, now on the path to becoming a nuclear tipped hegemonic power in the Middle East.

Once the enemy of the United States, Iran is a fierce and energetic enemy of both Israel and the United States, which it regards as “The Great Satan.” Since the fall of the Shah of Iran, Mohammad Reza Pahlavi, the country has become both more Islamic and belligerent. These two, a puritanical reform of Islam and an increase in theologically inspired violence, seem to walk arm and arm together in this sorry veil of tears.
Read more »
at August 03, 2016 No comments: Links to this post