"The governor is out there making the tough decisions to make Connecticut stronger in the short- and long-term,” said Mr. Puglia, “ and we don't believe any one party has a monopoly on good ideas. However, if you have ideas, share them with the governor's office and with the public — because we should have a free and open debate about our future."

But the governor DOES believe that one party, his own, should have a monopoly on good or bad budget ideas, and that is why, when entering office during his first term, Mr. Malloy made certain that there were no Republicans at the budget negotiation table when he hammered out his first budget. Mr. Puglia is new to his position, and so, having no personal recollection of past events, he may be forgiven for having misdirected the media on the point. 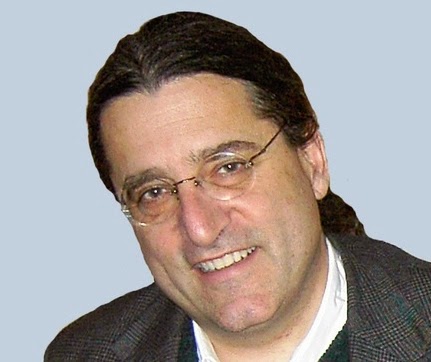 Norm Pattis, a well-known Connecticut criminal attorney, is reconsidering capital punishment, the death penalty abolished by the General Assembly in 2012.

The death penalty was “broken” said the abolitionists, by which they meant it could not be executed. As a practical matter, they were right.

Capital punishment was so hedged about with seemingly endless processes that it took the state of Connecticut nearly twenty years to put to death mass murderer Michael Ross, who had raped and strangled most of his eight victims, the last two fourteen year-old girls. Had not Mr. Ross pulled the plug on his own appeals process, he might still be with us. Connecticut’s capital punishment law was “broken” because the sometimes pointless navigation through all the legal breakwaters made the execution of the sentence nearly impossible. But instead of mending it – retaining the punishment for multiple murder crimes or the murder of public safety officers for example -- the General Assembly ended it.
Read more »
at January 29, 2015 3 comments: Links to this post

Bill Curry -- who lost an election, honorably I might add, to John Rowland -- is usually aggravating, in the good sense, and pushing his party with Archimedean fervor to the left. It was Archimedes who said “Give me a spot outside the world where I may place my lever, and I will move the world.” The Democratic Party, most especially in his own state, has obliged Mr. Curry in one respect; it has put up between itself and Mr. Curry a political Berlin Wall that, in a recent piece in Salon, he valiantly and sometimes confusedly attempted to breach.
Read more »
at January 26, 2015 2 comments: Links to this post

The Holes In Connecticut’s Revenue Bucket

When people move from cancer causing highly taxed cigarettes to more healthy untaxed e-cigs, one may expect tax revenue to decrease proportionally; though, in this regard, one must never underestimate the steely resolve of consumer protection senators such as Dick Blumenthal, tireless in his pursuit of new products that might be taxed or companies that might be sued. The perfect progressive, Mr. Blumenthal, it should be noted, is interested in reforming everything BUT government.
Read more »
at January 24, 2015 3 comments: Links to this post

That Was Then: The State Of The State

At some point in the not too distant future, possibly in his budget message on February 18, Governor Dannel Malloy will repent of his campaign promise not to raise taxes. In the journalism business, we call this “eating crow.”

One reporter could not help but note in his story that Mr. Malloy had for four years assured “cities and towns they would be spared from the state budget axe.”

Now, before a Connecticut Council of Small Towns (COST) gathering in Cromwell, Mr. Malloy hastened to add a codicil to his previous no tax increase pledge, iterated repeatedly on the stump during his successful re-election campaign: “We have to wrestle with the budget. I hope that we’ll have a budget that we can all live and prosper with.” However, Mr. Malloy added ominously, “I’m doing my best, but no promises.”
Read more »
at January 23, 2015 2 comments: Links to this post

CNN these days is a safe place for progressives to spout off, if only because so very few people attend to its broadcasts. A January 2014 report showed CNN losing 29 percent of its total viewers; the station’s prime time numbers showed 41 percent of its audience jumping ship in the space of just 12 months.

But in mid-January of this year, only a few days after two Islamic terrorists penetrated the offices of Charlie Hebdo in Paris and murdered seventeen people associated with the satirical magazine, US Representative Chris Murphy felt invincible enough to strike a Chamberlain pose on CNN.
Read more »
at January 19, 2015 9 comments: Links to this post

Porky Throws A Quill: The Battle Of The Acronyms

“I am a porcupine”– Governor Dannel Malloy

The administrators of the state’s Public Utilities Regulatory Authority (PURA), which was folded into a new concoction formed by Governor Dannel “The Porcupine” Malloy, the Department of Energy and Environmental Protection (DEEP), ostensibly to save money, should not have been surprised to receive a rump full of quills.

A conflict of interest/freedom of information dispute arose between Mr. Malloy and the commissioners of PURA a few days ago. In a memo to the governor, the commissioners pointed to possible conflicts of interests among the combined agencies. PURA requires some of the commissioners to regulate matters directly affecting the interests of other commissioners. The new entity cut the staff of the old Department of Public Utilities Control from 150 to 60 and, wittingly or not, slapped an administrative gag on PURA.
Read more »
at January 15, 2015 3 comments: Links to this post

The Hartford Courant this year celebrated its 250th year of continuous publication by retreating behind a paywall. A paywall is an internet iron curtain that will no longer allow “free” access to a publication unless a reader pays a fee or – much better – opens a subscription to the publication, in which case access to the publication’s internet site becomes “free.”

Immured behind the new Courant paywall are such bracing left of center voices as Colin McEnroe, an immensely entertaining commentator on cultural and political matters, and, just to mention one often consulted reportorial voice at the Courant, Jon Lender, an investigative reporter who has in his day bagged many a bumbling politician. For wide-awake reporters, bagging an idiot politician is not an arduous chore; for sleepy reporters, waking up in the morning is an unhappy chore.
Read more »
at January 12, 2015 3 comments: Links to this post

Most of us are living in the land of Déjà Vu All Over Again.  Every fiscal year, we keep crashing into the same icebergs.

Ben Barnes, who heads Governor Dannel Malloy’s Office of Policy Management, has said the state may be facing chronic deficits. The last time Mr. Malloy faced a deficit, he disposed of it through tax increases. But the largest tax increase in Connecticut history failed to solve the problem because Connecticut does not have a revenue problem; it has a spending problem. Mr. Malloy said during his campaign that further tax increases were off the table, at which happy news overtaxed citizens and businesses, their eyes fixed on the exit signs, breathed a sigh of relief.

Then he began to tug the veil from his second administration.

There is not a hint of spending reduction in any post-election remarks made by Mr. Malloy thus far. But there is plenty of chatter about spending: Education must be reformed; vanishing businesses in Connecticut depend upon an educated workforce.
Read more »
at January 09, 2015 1 comment: Links to this post

A Tale Of Two Parties

First there was the inaugural parade, very sparsely attended, to judge by a Chris Keating video.

This was the people’s chance to congratulate Governor Dannel Malloy on his re-election to office. They stayed home. It was bitterly cold outside. And, then too, people have often seen the governor marching in parades. 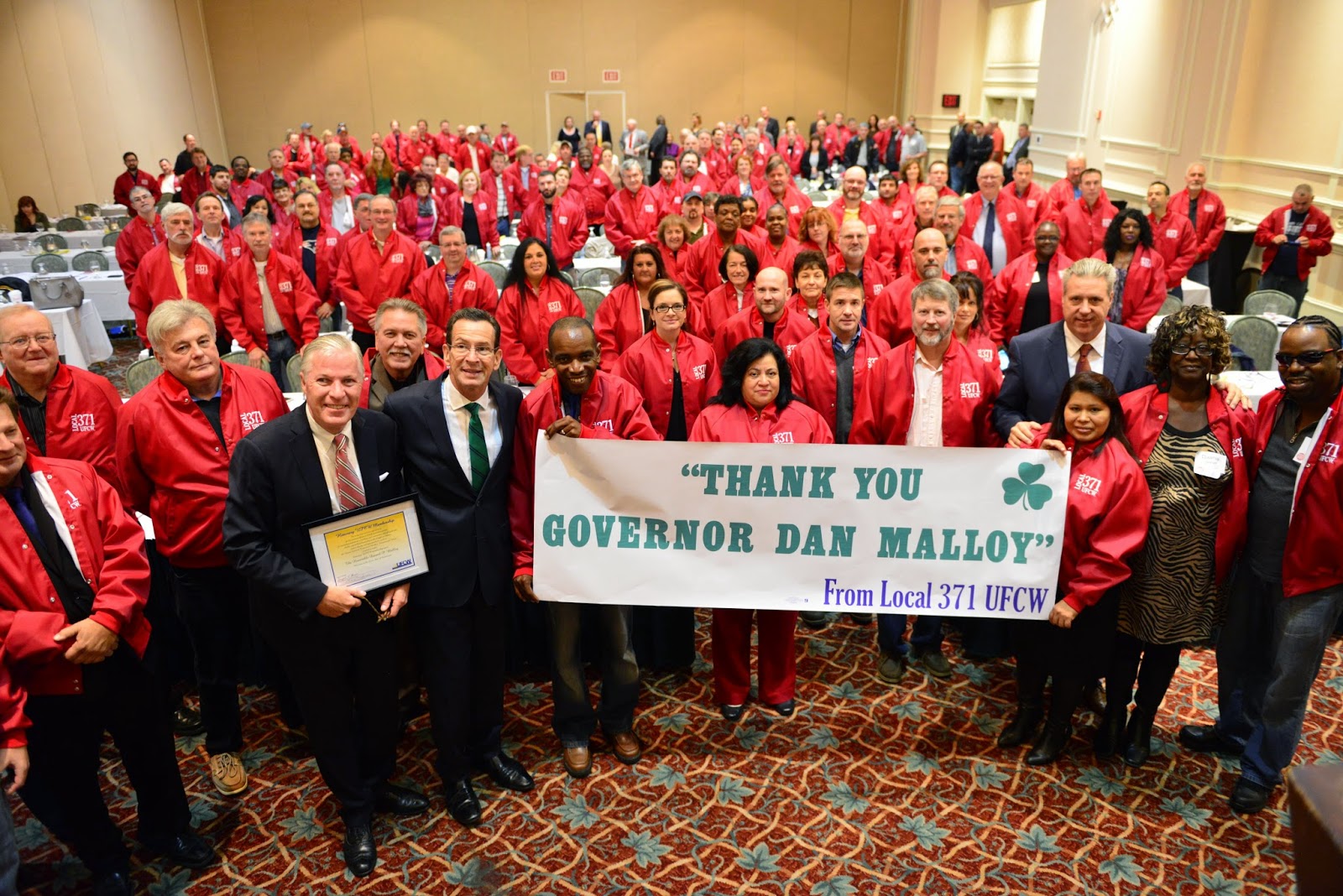 If you are a politician, it is always better to be in than out.

A Partial Political Dictionary For 2015

Assault Weapon: Any weapon that can be used in an assault, including water balloons and cartoons fashioned by Charlie Hebdo and Bob Englehart.

Board of Education: When he was a reporter (see below) in California, Ambrose Bierce discovered that a man running for election to the Board of Education had been accused of consorting with a prostitute. Bierce urged his election, arguing it would lead him to reform since, “No respectable harlot who cares for her reputation would continue her acquaintance with a man who had been elected to the Board of Education.”
Read more »
at January 07, 2015 No comments: Links to this post 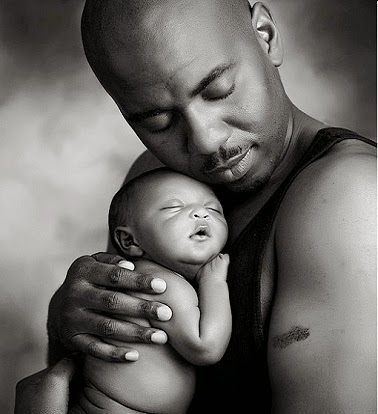 Wander into the badlands of any large city in the US, shout out “Father” and nothing will stir. Fathers are rare in this environment; far rarer, shall we say, in the north end of Hartford than they are in posh New Canaan. What happened to them? Have they all fled to the West Bank of Paris to become expatriate artists?

The problem is cultural, say most sociologists. Just as F. Scott Fitzgerald once said of the rich – “They are very different than you and I” – so is the underclass very different than the Middle Class or the Upper Class. No one pauses very long to entertain the question: Why are they different? That is one among many questions assiduously avoided whenever well intentioned liberals get together with equally well intentioned professors of raceology to discuss the equally absorbing question: Why can’t we have an honest discussion on race in America?
Read more »
at January 05, 2015 7 comments: Links to this post

Election nonsense behind him, Governor Dannel Malloy, the workaholic, is fully prepared to lead Connecticut’s ship of state over the shoals that lie ahead in his second term. He is quoted in one publication to this effect: “No one’s ever outworked me. So I can do more things and still get the job done because I love to work, always have.”

Mr. Malloy has a genius for saying things that are quoted but not quotable. That is because, unlike Abraham Lincoln, he tends to speak off the cuff. Mr. Malloy suffers from dyslexia, a developmental reading disability that occurs when the brain does not properly recognize and process certain symbols. He has valiantly overcome his disability.

Because Mr. Malloy has difficulty reading, one may not expect a Gettysburg Address from him anytime soon. Mr. Lincoln wrote and delivered the Gettysburg Address: Ditto with his second inaugural address, which some presidential scholars consider his finest prose poem.

Mr. Malloy’s dyslexia is not a bar to wit. Perhaps Mr. Malloy loves to work so much that he has no time for pretty or sensible formulations.