Problems Lamont Will Not Solve In The New Year

For decades, the Connecticut General Assembly has been parceling out its constitutional powers to various political entities such as unions. Constitutionally, the legislative branch of our government, the House and Senate in Connecticut’s General Assembly, are supposed to have dominion over getting and spending.

This means that every dollar collected and disbursed by state government should be the province of elected General Assembly members. In most states, the salaries and benefits of unionized state employees are determined by legislatures – and NOT through contractual obligations presented to the legislature by governors colluding with union chiefs to benefit an undemocratic hegemony that such contracts tend to support and enforce. In addition to depleting the constitutional authority of the General Assembly, such contracts as have been arranged between Connecticut’s governors and unions throw dispute resolutions into the state’s third branch of government, the court system, and decisions made by courts are, by definition, NOT representative choices made by the legislative branch. No governor of recent memory has had the courage to say to a union-friendly General Assembly – the state constitution assigned you, the members of the House and Senate, the obligation of shaping Connecticut’s economic future, and this is a constitutional obligation you should not be renting out to unrepresentative political factions.
Read more »
at December 26, 2018 No comments: Links to this post 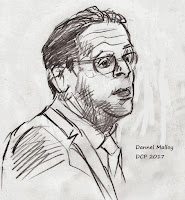 After January, Dannel Malloy will belong to the ages; which is to say, he will belong to the historians, who no doubt will be amused by the gloss on his own career provided by a lame-duck governor who has provided the epitaph that should appear on his own political tombstone: “I could have been popular and ineffective, but I couldn't in this state be popular and effective." Translation: When your disastrous policies fail the state and you become unpopular, rise above your unpopularity by advancing a false dichotomy – no one who is effective can be popular, at least not in Connecticut. A book is likely on its way.
Read more »
at December 21, 2018 No comments: Links to this post

RIP Nick Balletto, The Kiss Off

It was one of those pictures, courtesy of CTMirror, that says more than a thousand words. The old Democrat Party chairman, Nick Balletto, credited by most progressives as having produced two of the most successful winning campaigns of any prior chairman in recent memory, is being tenderly embraced by the new chairwoman, Nancy Wyman, Governor Dannel Malloy’s Lieutenant Governor, while Governor elect Ned Lamont caresses Balletto's back, no knife visible in his hand.

Why did Lamont think it necessary to stiff Balletto?
Read more »
at December 18, 2018 No comments: Links to this post

Documents just released years after a shooter murdered his mother, 20 students, 6 teachers and himself at Sandy Hook Elementary School have been made available to Connecticut politicians and the general public in answer to a legal action brought by a persistent Hartford Courant.

The documents had been carefully tucked away for five years and clearly point to the social and mental deficiencies of the shooter.

All reports should have been released soon after the shooter’s suicide, because none of the information contained therein could have prejudiced any legal action. It is impossible to put a dead mass-shooter on trial for murder. In the absence of the necessary data unearthed above, a public trial of sorts, some of it sprinkled with absurd speculations, was conducted entirely in the mass media, and eventually one of the weapons used in the mass slaughter, an AR15 semi-automatic rifle, was pronounced guilty and banned in Connecticut.
Read more »
at December 15, 2018 No comments: Links to this post

Is Ned Lamont, the Democrat multi-millionaire businessman who prevailed in Connecticut’s governor’s race over Republican multi-millionaire businessman Bob Stefanowski, being pushed to the back of the bus by party regulars?
The governor-In-waiting is being cuffed a bit by progressive U.S Senator Chris Murphy, among other ambitious Democrats, according to a news item in a Hartford paper.The traditional party boss structure ended decades ago, but necessary functions once executed by strong party bosses such as John Bailey of blessed memory must, never-the-less, be performed by someone. And why should the power to shape the future of the State Democrat Party not fall to Murphy rather than Lamont?

The Man Who Wasn’t There: Trump and Connecticut Losses 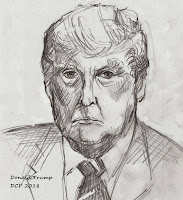 The notion that Republicans this year lost heavily in the General Assembly because President Donald Trump sank them is a bit too facile.


Mark Pazniokas, a writer for CTMirror, explores the notion in a story titled CT GOP had right message, but ‘Trump just trumped it.’

To compel a man to furnish contributions of money for the propagation of opinions which he disbelieves, is sinful and tyrannical – Thomas Jefferson

California, of all places, is making a stab – too little, too late -- at reigning in its Gargantuan pension liabilities. Pension reformers in California recognize frankly that certain kinds of state workers should not be invested with benefits and pensions in excess of those available to all other workers in the private market place.

California’s unaffordable pension and salary burden can be ameliorated, reformers say, by dividing government employee benefits into three types: 1) benefits already earned for completed work, 2) those under pending contracts that relate to future work, and 3) those performing work not yet performed and not covered by contracts written in stone. Under a reform regime, different levels of protection will be afforded to the different groups. Level 1 workers will be afforded full protection; pension and salary arrangements for level 2 workers will be open to revision by the state; and level 3 workers will be afforded protections similar to those in the private market place.
Read more »
at December 02, 2018 No comments: Links to this post