Rowland, The GOP And Campaign Propaganda 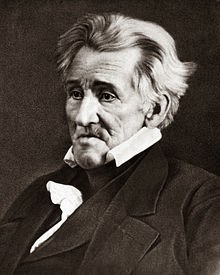 The answer to the question will depend on who is wielding the tar brush. There is some indication that left of center media outlets are disposed to take seriously the state Democratic Party’s absurd attempt to tar brush the GOP.

In point of fact, an unbridgeable breach between the GOP and Mr. Rowland occurred more than a decade ago when Mr. Rowland was nearly impeached. The impeachment panel included prominent Republicans who today would most vehemently dispute state Democratic Party Chairwoman Nancy DiNardo’s characterization of the current connection between the state Republican Party and Mr. Rowland. Ms. DiNardo told a Register Citizen reporter “The CT GOP bringing back John Rowland’s close friend, Jeb Bush, on the eve of more expected felony indictments for Rowland only reinforces the fact that the Connecticut Republican Party is still influenced by Rowland.”

According to Ms. DiNardo, the GOP should not have invited as its principal speaker the grandson of the man after whom the Prescott Bush Dinner is named because years ago, before Mr. Rowland was first indicted for political corruption, Governor Rowland, then in good odor among Republicans, and the Bush family were on cordial terms.

Perhaps people who are easily persuaded by political propaganda will credit Ms. DiNardo’s attenuated connection, but a media alert to campaign propaganda will notice the more obvious gaps that disconnect Mr. Rowland from Republican Party affairs.

As a radio talk show host, a position Mr. Rowland has now abandoned, Mr. Rowland was little more than a drop in an ocean of commentary, most of it favorable to Connecticut’s Democratic one-party state apparatus. He was informative and sharp in his criticism, a nettlesome burr under the saddle of Malloyalists who wince at any criticism and whose first response is not to meet it bravely but to marginalize it. Connecticut’s non-partisan media should make note of such obvious gaps when reporting the political fantasies of the state’s chief Democratic political propagandist.

Andrew Jackson, after whom the “Jefferson, Jackson, Baily” dinner is named, gained political prominence following his defeat of the Creek Indians at the Battle of Horseshoe Bend in 1814 and, as president, Mr. Jackson initiated the Indian Removal Act of 1830, forcing the relocation and resettlement of Native American tribes from the Southeast to west of the Mississippi River. Yet, incredibly, the state GOP party chairman, Jerry Labriola, thus far has not tarred Ms. DiNardo’s party with the past sins of Andrew Jackson or Thomas Jefferson, who was a slaver. Any attempt to do so would rightly be denounced as political propaganda by Connecticut’s alert non-partisan media.

As a general proposition, the sons are not guilty of the sins of their fathers. None of the persons named in the recent indictment used by Ms. DiNardo to tar both the Connecticut GOP and Jeb Bush, the former Governor of Florida who has been mentioned as a possible GOP presidential prospect, have been actively engaged in Connecticut politics. Mr. Rowland was – please note the past tense – a radio talk show host, and Ms. Lisa Wilson Foley, who had never held office, was a prospective Republican Party candidate for the U.S. House seat now held by Representative Elizabeth Esty.

One of the things that distinguishes the RINO is his willingness to throw conservatives' or even other RINOs like Rowland, under the bus, to buy into the legitimacy of the attacks from the left, and to show that he is contrite. What was done to Scooter Libby is a disgrace not only to the Dems, to the politicized CIA, to Fitz the dishonest prosecutor, but to President W. Bush, who, if nothing else, should have pardoned Libby upon exiting in 2009.

In this case, Rowland was operating on his own, not on behalf of the Party; although it's pretty clear he's not much of an operator. I honestly don't know, and don't intend to research, what he did wrong, or why he had to conspire to get paid under the table. Suffice to say that if I were asked for advice on how to be a weasel, I'd recommend that my client observe and emulate the machinations of the Klintons. He has to appreciate the advantages of bagmen, and other obfuscatory devices. Don't go asking for money under the table, but suggest that friend pledge future contributions to the John Rowland Library.
-----------
... even Senate Foreign Relations Committee chairman John Kerry was raising concerns about pledges for future donations. "There is a legitimate question, and I think, Senator, you'd agree that it's hard to distinguish between a donation currently made and — and acknowledged publicly — and a donation to be made in the future, a commitment made to but not acknowledged publicly." (See the members of Obama's White House.)

Clinton's response was that she wouldn't even know who was pledging money to her husband's foundation...
----
Barbara Bush gushes about Bill Clinton, says he treats George H. W. Bush like a father
Former first lady says Clinton is a 'good fellow' and her sons - including George W. Bush - call him 'My brother from another mother'