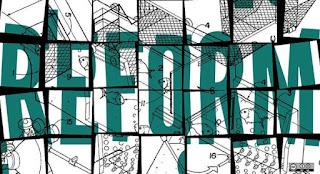 Hartford Courant reporter Edmund Mahony, who has been around the state’s campaign reform process for many years, has written its political obituary in a story titled “Election reform concerns remain: Long dormant case casts light on taxpayer campaign funding.”

The blunt weapon used to bludgeon campaign finance reform in the state was a “perfectly legal” walk-around amendment that subverted the campaign reform law’s intent and purpose – which was to level the campaign financing process between incumbent politicians of both parties and outspent challengers.

While serving in the FBI, reporter Mahony notes, Urso “was a lead investigator in cases that led to the political corruption convictions of former state Treasurer Paul Silvester and former Gov. John G. Rowland. Evidence of campaign finance irregularities that turned up in both cases was the impetus at the General Assembly for the reforms of the CEP [Citizens Election Program].”

After years fruitlessly attempting to resolve a complaint against now retired State Senator Edward Kennedy lodged with the State Elections Enforcement Commission [SEEC], Urso has thrown in the sponge, leaving it to others to throw down a gauntlet.

“It’s time to end the Citizens Election Program,” Urso said. “The State Elections Enforcement Commission has failed in its most important role as evidenced by its handling of Edward Kennedy’s state Senate race in 2014. If the commission is unable to investigate, enforce and opine on the regulations of the CEP, the program should be terminated. The taxpayers deserve better.”

The complaint against Kennedy – that he had exceeded CEP campaign limits -- has been shelved, perhaps permanently, because an amendment has subverted the whole State Elections Enforcement Commission’s mission.

Kennedy had promised in a 2014 race to limit his campaign spending to $90,000 in taxpayer supported campaign funding, his entitled allowance under the CEP, “considered a model,” Mahony notes, “for keeping special interests out of state elections by financing campaigns with public dollars.” However, “Democratic Party records show that Kennedy’s campaign benefitted from almost four times that much (emphasis mine), using a loophole in the reform program created by an anonymous amendment slipped through the legislature the year before.”

Nearly a decade later, Mahony reports, Wilson said he is still waiting to find out what happened.

“Not a word,” Wilson said. “The truly offensive part of all this is that the complaint hasn’t been resolved and probably never will be. I understand politics is a blood sport and you have to be prepared for that when you sign up. But you know what? It is what causes everybody to lose faith in their elected officials.”

An amendment sanctioning organizational expenditures created a carve-out for incumbent politicians – but not for challengers, whose resources are much shallower. The carve-out, Kennedy’s lawyer argues, is completely legal, as the amendment was “adopted by the General Assembly in a bipartisan way. And both Democratic and Republican leadership political action committees raise money for organizational expenditures every cycle knowing who they are going to be used to support. So it is part of the landscape.”

The legal question cannot advance to a court, where legal questions are most effectively adjudicated, until the SEEC renders a decision on Wilson’s complaint.

And the SEEC has shelved the complaint.

So, there will likely be no adjudicated resolution.

In the meantime, everyone knows that the much vaunted “even playing field” promoted by good government activists, many of whom have been strangely silent on an equitable resolution of the Kennedy complaint, is a laughable fiction.

If self-serving media releases from political incumbents such as U.S. Senator Dick Blumenthal were campaign cash, Blumenthal, as well as all other all Democrat members of Connecticut’s U.S. Congressional Delegation, would be drowning in campaign funds. And in fact and reality, all of them are awash in campaign funding as it is. Blumenthal consistently has launched his campaigns for re-election with millions unavailable to the majority of his Republican Party opponents. And, of course, Blumenthal’s bloated pre-campaign chest is always well furnished with “perfectly legal” contributions, a disincentive for same party primary challengers.

The same, of course, might be said of incumbent Republican members of Connecticut’s U.S. Congressional Delegation – but there are none.

The real answer to the corrupting influence of money in politics may be term limits -- which at least would assure the general public of a robust turnover of bought politicians.