Weiner And The Etiquette Of Admission 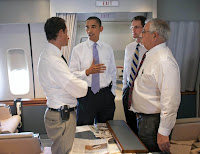 The first rule is this: If you are going to put yourself through the trouble of admission, no qualifiers will be allowed. You cannot say, “Yes, it is true that I allowed my bachelor’s pad in Washington D.C. to be used by an acquaintance as a bordello servicing both gay and straight clients, but…

A “but” is a backdoor exit to your national humiliation and will not escape the notice of the usually soporific mainstream media, which tends to be more forgiving of so called “sins of the flesh” committed by Democrats such as U.S. Rep. Barney Frank, an out of the closet gay guy who, several years ago, provided one of his friends the opportunity to frolic with his clients in his Washington D.C. bordello. Mr. Frank was exposed by the frothing right wing media. The exposure, however, put no serious dent in the congressman’s bumper; and, after a few months, Mr. Frank was permitted to get along with his congressional business, joining former U.S. Senator Chris Dodd, now a Hollywood mogul, in imposing strangling regulations on American businesses during a recession that Democrats had hoped would elide into a mini-depression, the better to save the country through FDR-like public works programs.

The second rule is this: Don’t weep, don’t cringe, and don’t drag your long suffering wife – or, in Mr. Frank’s case, partner – into your sordid affairs. If your wife, partner, paramour refuses to stand by you in your hour of trial, try to accept the rebuff with a tortured but understanding smile.

The third rule is this: If you plead guilty publicly to untoward behavior – fetchingly kicking a foot in the next stall in a men’s room, little realizing that the gent sitting on the toilet beside you is a vice cop; or producing a child out of wedlock with your mistress while running as Vice President of the United States; or confessing, better late than never, to your faithful wife that you had produced a child ten years earlier with one of the servants; or, as in the case with the much humiliated Anthony Weiner of New York, sending erotic twitters here and there, accompanied with graphic pictures – inflict upon yourself a suitable penance.

And the fourth and final rule is this: So behave in life and with others that your mom and dad, diseased or living, may not be embarrassed by your self indulgent stupidity, in this life or the next.

Mr. Weiner violated all these rules, as well as the overarching rule stressed by Mark Twain, humorist and social philosopher: A man, said Mr. Twain, may commit numerous breaches of the law and yet get away with all these, particularly if he is a politician or person of means who has in hand a good lawyer; but let a man commit one offense against convention – and he is a goner. There is no hope for him.

Proceeding backwards through the rules:

1) Considering Mr. Weiner’s public confession, it is likely that he is incapable of making the proper distinction between illegalities that may be got round and conventions that cannot be hurtled. It is true that modernity has thrown to the dogs many of the conventions that might have inhibited our parents; a certain amount of confusion may therefore be tolerated. On the other hand, Mr. Weiner is not a man easily confused and, at least in respect to conservative conventions, he has been pointedly intolerant.

2) Mr. Weiner, having confessed to his sins, refrained from imposing a suitable penance upon himself. He will not give up his office. And he has challenged such moral adepts as Nancy Pelosi to bring on the Grand Inquisitors. Go ahead, set the dogs of the House Ethics Committee upon me – just go ahead. One prominent Democrat suggested that former President Bill Clinton, who had in the past an unfortunate brush with White House convention, might have a word with Mr. Weiner and encourage his speedy exit.

3) Mr. Weiner wept, cringed and brought his innocent wife into the affair.

4) Mr. Weiner’s apology was decorated with “buts,” some subtly implied. For instance, Mr. Weiner said he had sent to a complete stranger a picture showing a bulge below his pelvis “… as a joke.” One commentator groused that he wondered whether Mr. Weiner’s wife would have considered that twitter funny. Possibly not.

Andrew Brietbart, the Publisher of Big Government who outed Mr. Weiner’s frat house behavior, has now said he possesses a picture sent by Mr. Weiner to yet another female stranger showing Mr. Weiner showing off his wiener. From delicacy and pity, Mr. Brietbart has said, he would not release the picture. But in these days of twitter and facebooks, there are WikiLeakers crouching behind every bush, waiting to waylay unconventional congressmen such as Mr. Weiner with promises of blackmail: “Halt there Weiner – your favors or your life!”

A final reason why Mr. Weiner should leave politics behind, repair his bruised marriage, and get a real job in the real world – like Mr. Dodd.

In an “only In America” moment, Elliot Spitzer, the former disgraced but now rehabilitated Mayor of New York, on June 9 discussed Mr. Weiner’s legal problems with Jonathan Turley on CNN’s “in the Arena.”