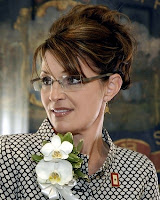 A Politico critique of Sarah Palin’s critique of the health care bill approved this week by the Senate Finance Committee is described by Politico as “wonky,” and decidedly non-vituperative, which is another way of saying that she can no longer see Russia from Alaska.

Of course, anything written or said by Palin is bound to cause apoplexy among her critics, who are legion.