John Brown: The 150th Anniversary Of The Raid On Harper’s Ferry 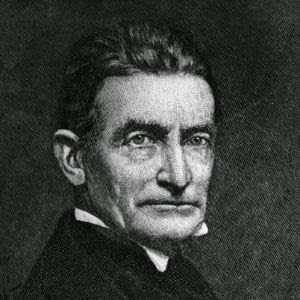 John Brown was born in Torrington, Connecticut in 1800. Brown’s grandfather, also named John Brown, was a captain in the 18th regiment of the Connecticut Colony in the Revolutionary War. His father, who lived for a time in Windsor, was deeply religious and unalterably opposed to slavery. Owen Brown claimed to have been convincingly moved by a sermon written by Jonathan Edwards -- whose more famous father, also named Jonathan, had roots in Windsor and was the foremost theologian in New England -- in which the preacher had fiercely denounced slavery.

Although Brown moved to a section of northern Ohio when he was six, his connections in the North East remained vibrant; so much so that the trusted secretary who handled his always precarious financial affairs lived in Hartford; the pikes Brown had fashioned for his attack on Harper’s Ferry were made in Collinsville by forgemaster Charles Blair of Connecticut; Brown for a time maintained a wool commission operation in Springfield, Massachusetts and he gathered money for his military operation in Kansas from Connecticut, Massachusetts and New York. Perhaps most importantly, Brown’s character, shaped under the guiding hand of his father, had upon it the indelible stamp of a Puritanism historically molded in the Connecticut valley.

In 1859, Brown and his motley crew of guerrilla fighters – some would later call them terrorists – led a raid on Harper’s Ferry, an arms depot in Virginia. Brown’s ambition was to free the slaves, and his plan was well thought out. It had been simmering in his brain for years. Even in his day, some of his supporters unfamiliar with the details of his plans considered Brown mad; and for awhile, as he waited to be executed after a speedy trial, it was thought Brown’s best defense would be a claim of insanity.

When his second wife Mary Day, who had endured the deaths of nine of their thirteen children – Brown was the patriarch of twenty children from two wives -- was asked whether she thought it would be useful to raise a defense on an insanity claim, she replied with disarming simplicity, “That would be impossible.”

Why, she was asked.

All his life, Brown never doubted he was on good terms with the truth that sets men free. Traveling through the Northeast raising funds to support his military assault on pro-slavery “border ruffians” in Kansas, Brown told a Massachusetts legislative committee that immigrants were needed in Kansas “who fear God too much to fear anything human,” an apt description of himself.


Henry David Thoreau, who said of Brown that he would leave a Greek accent falling the wrong way but would right a fallen man – knew Brown was not mad, as did all the notables who assembled in Massachusetts businessman George Stern’s home in Medford to celebrate President Abraham Lincoln’s Emancipation Proclamation.

Together in the room were William Lloyd Garrison and the impetuous Wendell Phillips, both anti-slavery agitators; transcendentalists Ralph Waldo Emerson and Bronson Alcott, accompanied by his daughter Louisa May Alcott, author of “Little Women”; Franklin Sanborn, the Concord teacher whose students had included Emerson, Brown and Henry James Sr.; and Julia Ward Howe, the author of the “The Battle Hymn of the Republic.”

They called their gathering “the John Brown Party.”

When Union General Robert Milroy, stationed near Harper’s Ferry, announced Lincoln’s emancipation proclamation to his troops, the men spontaneously and boisterously burst into the war song “John Brown’s Body,” with its stirring chorus that while Brown’s body “ lies moldering in the grave… his soul is marching on.” Both “John Brown’s Body” and Howe’s ‘The Battle Hymn of the Republic” were adaptations of an earlier camp-meeting hymn, “Oh brothers, will you meet us on Canaan's happy shore?”

Certain that the Christian God had come to strike the chains from the feet of the slave – “As God died to make men holy, so let us die to make men free,” was Julia Ward Howe’s gloss on the scriptural command – Brown very early on, when he was but a child, formed such an intimate and loving bond with oppressed African Americans that, then and later, he shocked even fierce abolitionists with his certitude that blacks were the equals of whites. When Brown gave up his pew to a family of blacks he was spiriting off to Canada on the Underground Railroad, the solidly abolitionist members of the church in North Elba, New York, where Brown and most of the raiders on Harper’s Ferry lie moldering in the ground, gasped with astonishment.

Not only had Brown studied Napoleon’s war tactics, he also was a close student of the guerilla tactics employed by Toussaint L'ouverture in Haiti in his successful opposition to Napoleon’s occupation forces. Eventually, L’ouverture was caught and brought to Paris to live the rest of his life in chains. He is strangely resurrected in Brown’s plans for the liberation of slaves in the United States.

Brown’s idea was to accumulate a resistance through the liberation of plantation slaves, retreat to the mountains of Virginia and demoralize the slave owner by repeated raids and liberations. Eventually, Brown thought, the bees would swarm to the hive. Excessive concern for the prisoners he took at Harpers Ferry, caused him to wait too long, and he was overcome by a superior federal force led by Robert E. Lee who, on his retreat at the end of the Civil war, was to traverse the same road he took to put down the raid at Harper’s Ferry.


After Brown’s raid, the slave holding south sensed that a Rubicon had been crossed. Hundreds of editorials appeared denouncing Brown, which was to be expected. But many of the editorials sounded a new note: After Brown, the South could no longer depend upon the North’s unarmed resistance. A staunch abolitionist like William Lloyd Garrison, who favored disunion and sought to end slavery by moral injunction could be tolerated; but Brown, who raised a sword against it – never.

Wendell Philip delivered the eulogy at Brown’s funeral: “History will date Virginia Emancipation from Harper’s Ferry. True, the slave is still there. So, when the tempest uproots a pine on your hills, it looks green for months – a year or two. Still, it is timber, not a tree. John Brown has loosened the roots of the slave system. It only breaths – it does not live hereafter.”