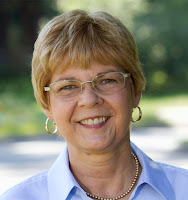 The little Pink House in New London was moved to another location after a long, unsuccessful protest by its owner, property rights advocate Susette Kelo. The property upon which it rested was seized by eminent domain so that it could be made available to Pfizer Inc. It was a rare seizure. Usually, property seized under eminent domain is made available for some public purpose. In Kelo, the Fort Trumbull Property was transferred from one private owner to another private owner to further economic development. The property was seized by the state because New London wished to induce Pfizer to set up shop on the property. Pfizer moved on; nature soon reclaimed the vacant property.

The case produced two notable dissents, one written by Justice O'Connor, joined by Chief Justice Rehnquist and Justices Scalia and Thomas, and a separate, originalist dissent written by Thomas.


Noting that the taking represented a reverse Robin Hood intent – taking from poor householders and given to a wealthy company – O’Conner argued that the majority decision eliminates "any distinction between private and public use of property — and thereby effectively delete[s] the words 'for public use' from the Takings Clause of the Fifth Amendment… Any property may now be taken for the benefit of another private party, but the fallout from this decision will not be random. The beneficiaries are likely to be those citizens with disproportionate influence and power in the political process, including large corporations and development firms.”
Thomas argued that the court had relied upon false precedents, and he accused the majority of replacing the Fifth Amendment's "public use" clause with a very different "public purpose" test. “This deferential shift in phraseology,” Thomas noted, “enables the Court to hold, against all common sense, that a costly urban-renewal project whose stated purpose is a vague promise of new jobs and increased tax revenue, but which is also suspiciously agreeable to the Pfizer Corporation, is for a 'public use’… Something has gone seriously awry with this Court's interpretation of the Constitution. Though citizens are safe from the government in their homes, the homes themselves are not.”

Pfizer is gone, the little pink house has been moved, the stinging dissents have lost their sting, but there are two Connecticut legislators who are not in the habit of forgetting grievous wrongs: State Representative Tami Zawistowski, who has produced a rectification bill that has been co-sponsored by Representative Gail Lavielle. Both women are work-horse legislators rather than tinsel-top show-horse representatives pushing the latest enticing snake oil legislation.

“I find it problematic,” Zawistowski said, "that opponents would like to have available other people's property for economic development or transit oriented development unfettered by protections of private property rights. If they're building a highway or rail line for public use - fine, but a shopping mall or apartments near a rail line where someone is going to make money? No. I get it if properties are blighted or abandoned - but there are other statutes that will allow that.”

On the question of property rights, the right and left in the Supreme Court converged, if only in dissent; in so doing, the dissenters were reaffirming the views of Thomas Jefferson on the preeminence of the right to own and dispose of property: “The right to procure property and to use it for one's own enjoyment is essential to the freedom of every person, and our other rights would mean little without these rights of property ownership. It is also for these reasons that the government's power to tax property is placed in those representatives most frequently and directly responsible to the people, since it is the people themselves who must pay those taxes out of their holdings of property… Charged with the care of the general interest of the nation, and among these with the preservation of their lands from intrusion, I exercised, on their behalf, a right given by nature to all men, individual or associated, that of rescuing their own property wrongfully taken."

Zawistowski's bill would right a wrong, reaffirm a masterful dissent that brought together both Justices O’Connor and Thomas in a stirring defense of the right of property holders, and ring loudly Jefferson’s liberty bell in defense of a right “admitted by all” – even “before the establishment of government.”

Any bill that brings together in agreement Supreme Court justices of the right and left, that is affirmed by the founders of the Republic, and that protects the natural free rights of all the citizens of Connecticut against predatory corporations allied with unconstitutional political interests, must be affirmed by legislators of good will acting in a non-partisan manner for the greater good of the people of Connecticut.

This one should proudly pass through the Connecticut General Assembly with its banners unfurled.