The Cassandra Interviews, Hillary And Bernie 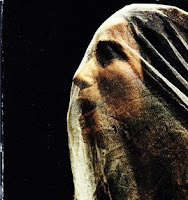 Cassandra: Apollo, Apollo!
God of all ways, but only Death's to me,
Once and again, O thou, Destroyer named,
Thou hast destroyed me, thou, my love of old!

HC: How sweet. So Cassandra, you have a question for me. Should I call you Cassie?


HC: Is that what your friends call you?

Cassandra: I have fewer friends now that I’ve been writing for the school newspaper, The Weekly Apocalypse. But yes, they call me Cassandra. I insist on it. Cassandra, as you may know, was the time-transcendent prophetess in Aeschylus' Agamemnon. According to one tale, she refused sex with the god Apollo and was both blessed and cursed. She was given the gift of prophesy, but Apollo, kissing her, spat in her mouth, which made it impossible for anyone to believe her prophesies. I like the name, don’t you? It carries with it a grave responsibility – to say the truth that no one believes.

HC: Yes, I ‘m familiar with the blessing and curse experience. Every good carries with it a penalty. How old are you?

Casandra: Fourteen, seven years beyond the age of reason.

HC: I’m far ahead of you there. You seem wise beyond your years. What is your question?

Casandra: You are here in Connecticut, and you are familiar with the state’s progress – or rather, lack of progress. We have not yet emerged from the Great Recession, while every other state in the union is above water. Our revenue streams are diminishing. Governor Dannel Malloy, recently awarded the prestigious Profile in Courage Award from the Kennedy Center, has raised taxes twice in an effort to liquidate a repetitive deficit. That didn’t work. Our General Assembly’s Finance Committee has just returned to the governor a revised budget that is still about $350 million short, and the governor has promised to diddle with the figures and return to the General Assembly a balanced budget that does not rely on tax increases.

Cassandra: Very. Anyhow, I expect at some point Connecticut will go broke. The General Assembly is determined to maintain spending at the current level, and some feral progressives want to increase taxes yet again, causing Malloy to raise a flag of opposition. Borrowing in Connecticut exceeds every other state. Pension obligations are obscene. Taxes per capita are the highest in the nation – bad news all around. The furies are flapping their accursed wings over our heads. And so, prophets like me see us heading towards bankruptcy. And my question is: If we go bankrupt, will you as President bail us out?

Cassandra: Well, as you know, the federal government is the bank of last resort for big spenders. Under President Barack Obama, it bailed out heavily unionized General Motors, insurance companies that were not able to afford the costs of ObamaCare and other progressive preferred organizations. The tax code – very complex – allows crony capitalist presidents to choose who shall win, who shall lose in our quasi-socialist national marketplace. So if Connecticut goes broke, which seems possible, and you are elected President, would you bail us out?

HC: I don’t think your scenario is at all likely…

Cassandra: See, that’s why they call me Cassandra. When people don’t believe my prophecies, I revert to the hypothetical: Assuming Connecticut goes broke, will you as President bail us out?

Cassandra: Silence signifying assent, may I assume the answer to my questions is – Yes?

Bernie Sanders: I saw your interview with Hillary Clinton in “The Weekly Apocalypse.” I’d like to answer the question you put to her without equivocating: As President, would I bail out Connecticut if it goes bankrupt? The answer is -- Yes.

BS: Thank you. I have a reputation to uphold. And may I say, Cassandra, I think you were shabbily treated in The Agamemnon?

Cassandra: That was my namesake only.

BS: Of course, of course. You do know that I intend to pay for your college education as well?

Cassandra: Not you exactly. We can’t all be fabulously rich like Donald Trump, as you know. You are the proto-typical socialist revolutionary, taking from the bourgeoisie and giving to the proletariat. In my state, the lumpen-proletariat live in deteriorating cities, while the bourgeoisie live lives of quiet desperation in the state’s more wealthy pasturage, such as Greenwich and New Canaan. So, your transmittal pipeline would shift wealth from Greenwich to, say, Hartford, to pick one of three or four blighted cities in Connecticut. “From each according to his means, to each according to his needs” is the usual socialist formula. So then, some rich bourgeoisie would be paying for my college education – not you, assuming you are successful in your presidential bid.

BS: That’s right. I’m glad you understand the theoretical underpinnings of socialism. Many young girls your age do not. The youth vote is one of the mainstays of my campaign.

Cassandra:  I’ll soon be applying to colleges, and so I’ve boned up on all this in preparation for my classes.

BS: Thoughtful. We can never stop thinking too much about tomorrow.

Cassandra: You might remind Hillary that was her husband’s campaign song.

BS: They told me you were bright. Do you have a question for me?

Cassandra: Yes, the question concerns our Capital city, Hartford. Recently, Hartford was recognized by the keepers of data as the murder capital of New England. Now, Hartford, as you may know, has been a one-party burg pretty much within the living memory of a majority of Connecticut’s voters. The last Republican Mayor of Hartford was Ann Uccello in 1967, almost a half-century past. The social fabric of Connecticut’s larger cities, some urbanologists might claim, has  been tattered to shreds by Democratic Party hegemony and the kind of social prescriptions that have elevated your campaign for the presidency. Money transmitted by the state from rich suburbs to poor cities has been flowing into the murder capital of New England for half a century and more. Things have gotten worse, not better. Both Hartford and Connecticut are pretty much broke. Rich companies, rich people, and a healthy slice of the bourgeoisie are leaving the state. As a one party state, Connecticut is the only state in the union that has lost population. Connecticut sends more money to its cities than its urban municipalities. So, if all this is bad, how comes it that more of a bad thing is a good thing?

BS: It’s a matter of scale. Not enough money is collected from rich Peter to pay poor Paul…

Cassandra: Forgive the interruption, but in Connecticut about 40% of state revenue is collected from the so-called rich. But because of the business slowdown, enough is never enough. Feral liberals in the General Assembly – it may be fair to call them socialists – want to tax Yale’s well-endowed endowment; this at a time when General Electric in Fairfield has pulled up stakes and moved to Boston.

BS: NOT because of taxes. Boston provides better amenities. Large companies are moving out of the suburbs and back to cities.

Cassandra: Hartford is a city, New Haven is a city. That’s where Yale is located – so far. And then, of course, there was this nasty public dispute between the CEO of General Electric Jeff Immelt, and Governor Malloy in which Mr. Immelt said quite plainly – I’m leaving Connecticut because its taxes are high and neither the governor nor the General Assembly has shown any inclination to lower spending and make Connecticut more habitable for companies like GE.

BS: When I’m President, Mr. Immelt will find himself on a street corner holding a tin cup.

Cassandra: Serve him right too, eh?