The Courage Of The Courant’s Convictions

February 18, 2014
“Those who lack the courage will always find a philosophy to justify it” -- Albert Camus

The real problem with the Hartford Courant's editorial is that the editorial board that signed off on it appears to lack the courage of its own admittedly fuzzy convictions. The collapse in courage begins with the editorial’s title, “Bravado Alone Won’t Stop Gun Toll.”

Well, of course it won’t. When has bravado alone ever stopped a bullet? The paper is careful not to mention that the “Gun Toll” in Connecticut includes crimes committed by criminals who will not be deterred by the gun restriction bill produced by Connecticut’s General Assembly, pretty much for the same reason bank robbers are not deterred by bank regulations governing the withdrawal of money from bank vaults. Law abiding clients of banks studiously make out all those withdrawal slips; robbers don’t bother to observe such proprieties. 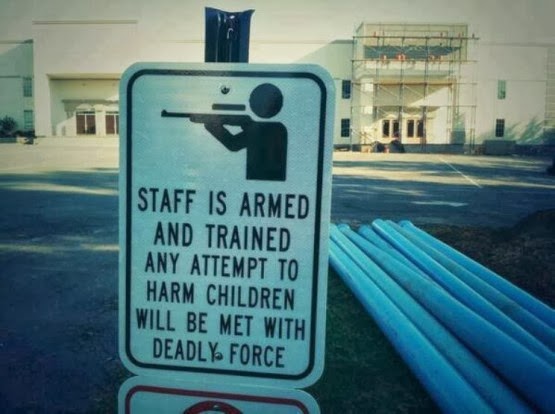 The brave principal of Sandy Hook Elementary School and the school’s equally brave psychologist stepped out into a hallway to confront a heavily armed Adam Lanza, and the results were horrific. Because both women were murdered, we may never know what impelled them to confront Mr. Lanza, but no one, most especially the editors of the Courant, would doubt their bravery—proof positive that bravado ALONE could not have turned aside a determine Mr. Lanza. That word – “ALONE” – is present in the Courant’s title as a rhetorical safety net. Would an armed and brave principal have been more of a deterrent to Mr. Lanza than an unarmed and brave principal?

The right answer is – yes.

Suppose Mr. Lanza, on entering the Sandy Hook School, had been confronted with a sign posted prominently on the grounds of the Arkansas Christian Academy, a private school: “Staff is armed and trained. Any attempt to harm children will be met with deadly force.” Another school posted a sign that read, “Fifty percent of our staff is armed. Guess which ones.” Those words on those signs ALONE, rational people may agree – provided they are supported by a sufficient armed deterrent – certainly are more discouraging to possible mass murders than an editorial in a newspaper claiming that bravado ALONE could not have deterred Mr. Lanza.

The Courant concedes that “An armed guard at a school may deter an attacker”, and inserts a qualifier  – “but it is just as easy to imagine a guard, taken by surprise by a heavily armed assailant who is willing to die, being the first victim.” Well, of course it is. Mr. Lanza’s assault  on Sandy Hook Elementary School has expanded the range of possibilities, and the editorial board editors at the Courant have very fertile imaginations.

Of course, the state’s answer to the massacre at Sandy Hook is far less “multi-pronged” than Newtown’s preventative approach—because Newtown has made provisions for armed guards at its schools. Presumably, those armed guards will be prepared to repel assaults with sufficient weaponry. And the presence of such armed guards in the rebuilt Sandy Hook Elementary School will be far more effective in repelling Lanza-like assaults than editorials in the Courant  suggesting -- the editors are fuzzy on the point – that the bill passed by the General Assembly ALONE will deter determined gunmen from firing upon unarmed principals and school psychologists and teachers and defenseless school children.

Months after the assault on Sandy Hook Elementary School, we still do not know for certain the mental condition of the shooter. In its editorial, the Courant has been careful to use the term “troubled” in connection with Mr. Lanza.

The much delayed criminal investigation asserted that there was no evidence uncovered by investigators to suggest that Mr. Lanza suffered from a causative mental deficiency. Toxicology reports indicated there were no drugs in his system at the time of the shooting, the authoritative criminal report declared.

Mr. Lanza’s father has indicated he is prepared to turn over his son’s medical records to a panel charged with recommending to the General Assembly provisions that address possible deficiencies in the treatment of mental disorders.  Indeed, one report indicated that Mr. Lanza’s  father had previously attempted to offer his assistance; decision makers rebuffed his efforts.

When pressure was exerted on the panel to issue its recommendations quickly, the panel point blank refused to issue directives in the absence of the data it needed – i.e. Mr. Lanza’s medical records – to issue effective and reasonable recommendations. The panel wisely has waited on the data before discharging its assigned mission. It said to politicians and others urging quick action -- no certain data, no certain recommendations; this course of action was rational, responsible and right.

The General Assembly that quickly reported out the current gun restriction bill took a much different course: It passed a bill in the absence of data it needed to write effective legislation. Public hearings on the final bill were waived because, as governor Dannel Malloy insisted at the time, SOMETHING had to be done immediately.  The necessary data was withheld by a much delayed criminal investigation, and it is altogether likely – in the absence of corrective legislation – that a future General Assembly will repeat exactly the same deficient process, best described by the Queen of Hearts in Lewis Carroll’s “Through The Looking Glass.” Says the imperious Queen of Hearts to Alice, “First the verdict, then the trial!” In some editorials, the Courant and others reproved Danbury State’s Attorney Stephen Sedensky for repeatedly delaying release of the criminal report.

Alice’s appropriate response brings us back to reality with a start: “`Who cares for you?' said Alice, (she had grown to her full size by this time.) `You're nothing but a pack of cards!'”

There are extremely important lessons to be learned from Sandy Hook, yet it seems doubtful we will learn anything from a horror that has consumed twenty-six innocent victims. Do armed personnel frustrate possible murderers? Yes, they do. If they didn’t, we wouldn’t bother sending armed first responders to mass murder crime scenes.  Should legislators have before them the data they need to write effective legislation? Yes, they should. Even partly completed investigative reports can be issued to legislators through in camera proceedings. If there are HIPAA laws preventing the flow of necessary information to legislative bodies charged with writing bills that may substantially alter the way mentally ill persons are treated, necessary exemptions should be introduced into the law -- so that legislators can accomplish their constitutional prescribed tasks.

This is the field that must be tilled. Instead, we involve ourselves in Alice in Wonderland excursions, very entertaining and diverting perhaps; but trips of this kind lead down rabbit holes and take us far from reality.