The Budget Reviews Are In 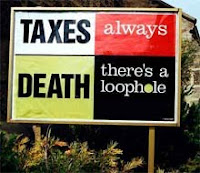 The Hartford Courant turned up its collective nose at Connecticut’s budget, a compromise deal hammered out between the dominant veto proof Democratic legislature and Gov. Jodi Rell, a lame duck Republican.

Once the state’s tax and spend plan had been inked, Democratic legislative leaders labeled it a “bi-partisan” budget, seemingly unaware that one robin doth not a summer make. The Republicans, minus Rell, firmly denounced the budget for all the right reasons and then took a very visible hike.

The short legislative session was “a big letdown,” said the Courant:

“The pact, however, avoids most of the tough choices that would put the state on sounder financial footing as it braces for a budget shortfall projected at $3.8 billion in fiscal 2012, which starts in just 14 months.

“The budget agreement reached this week would cover half the fiscal 2011 deficit with federal stimulus funds — which won't be there this time next year.

“The state would also raid funds for energy conservation and other worthy causes — and borrow $955 million, to be paid off by extending part of a surcharge on monthly electric bills that was to expire soon. Connecticut's electric rates are already among the highest in the nation. Businesses, particularly manufacturers, will take note.”

The paper closed its editorial with a wistful glace back at balmier days: “Connecticut needed at least one strong leader to make tough and unpopular choices — someone with the backbone of former Gov. Lowell P. Weicker Jr. That leader was missing this session.”

Weicker, it will be recalled, gave us the income tax, which produced repeated budget surpluses, aggravated spending and made Connecticut’s government too big to fail. It failed anyway, and now those responsible for the failure are looking for bailouts from wealthy millionaires like the guy with the backbone.

Chris Powell is the Managing Editor of the Journal Inquirer and the paper’s chief political columnist.

Unlike some in Connecticut’s migratory press, Powell has been with the paper for many years. A thoughtful commentator, over a period of time he has worked out for himself several state saving measures, chief among them ending binding arbitration for state employees, a notion that operates on the collective unconscious of union owned legislators the way water affected the Wicked Witch Of The West in the Wizard Of Oz.

“Maybe what's most remarkable about the new state budget is that it took so long, three months, to put together so little. The budget spends a bit more than the last budget, makes no serious changes in spending policy, and covers the awful decline in state revenue by borrowing more than 5 percent of expenditures, raiding the state pension fund again, emptying dedicated funds, taxing electricity, and covering hundreds of millions of dollars of recurring costs with one-time federal "stimulus" funds.

“The budget is thus a colossal abdication, something any drug addict could have accomplished in 10 minutes before shooting up and nodding off…

“The failure to try to economize by questioning a few premises amid a near-depression is the responsibility of everyone at the Capitol, but it is mostly the governor's responsibility. Rather than agreeing with the Democrats to borrow 5 percent of spending and to take budget gimmickry to new lows, the governor could have used her veto to insist that the legislature face reality and require some sacrifice from the government class so that things might get better. Instead they now are certain to get worse.

“Since it would take a long time for the legislature's Democratic majority, in thrall to special interests, to begin to perceive a public interest, the governor would have had to be ready to govern indefinitely by executive order without a budget. That would have been work. Instead she joined the Democrats in default, leaving her successor a legacy of disaster.”

The Waterbury Republican American is a small but far reaching epicenter of conservative thought and opinion in a state that warmly embraces Jacob Javitts Republicans like Weicker while strangling promising conservative babes in their cribs.

No fair deal, the paper intoned:

“Ignoring the coming catastrophe, they produced a "balanced budget" for 2011 that wishes, pretty-please, for $366 million more from the federal "stimulus" and $270 million in revenue growth; relies on a quarter-billion in unspecified spending reductions; loots $100 million from the dangerously underfunded pension fund; runs through this year's bogus $140 million "surplus"; and deficit-spends nearly $1 billion more. They even purloined $6 million from programs for the mentally retarded so they could show a $4.9 million "surplus."

The Day of New London was outraged at the deal.

“You want to know the definition of outrageous? How about this? Increase the state budget during the most serious fiscal crisis in state history. To make it "balance," raid a state workers' pension fund that is already grossly underfunded. Borrow, yet again, to pay for current expenses. In the process, leave a $3.4 billion projected deficit for the next governor and legislature to deal with.

“Then declare it a success.

"’For the last few weeks we have worked together in a respectful and productive manner to address Connecticut's unprecedented challenges. We are pleased to announce we have reached an agreement …’

If there are any Fair Deal editorials out there praising the highly partisan Democrats and the governor for their courage, sagacity and economic acumen, we have not been able to locate them.

Something Michael Fedele said at one of the forums that I attended struck a chord with me: If our state used GAAP accounting, then we would be bankrupt. (all the candidates seemed to agree on the importance of adopting GAAP some day, but was the only one to point out the shocking effect that immediately adopting it would have on the state). I have no doubt this statement is true, but it's shocking to me how little attention it got. Basically what he was saying is that, right now, our accounting practices are about as reliable as those employed by ENRON before it imploded.

There's still this kind of sickly sense of "too big to fail" that pervades the country, and this state particularly (unshockingly for a state home to so many former employees of Lehman Brothers, Bear Stearns etc. etc.). It's almost as though this last budget was written with moral hazard removed; we assume a federal bailout, in the form of stimulus, to be a foregone conclusion. Moreover, there is an ostrich in the sand feeling overhanging th gold dome; danger is imminent, so everyone has decided not to look. Before the mortgage crisis, nobody thought that AAA rated CDOs would all go bad at once, because the thought of that happening would have marked the beginning of financial Armageddon. Likewise, the thought of Connecticut being unable to repay its debts is unthinkable to most, and so we simply ignore basic accounting rules and stick our heads in the sand.

As a product of the Rell administration, the lieutenant governor comes into this race with a severe handicap; the last thing the state needs is more of the same. It might just kill us. But people should listen to him and the other candidates on GAAP. It just might save us.

As always, your comment is invaluable. I agree heartily with all of it.

All the bailout schemes in Washington invite morals hazard: If you knew for certain that your investment in the harvesting of blue cheese on a blue moon were backed by the full faith and credit of the U.S. Treasury, you’d likely make the investment. Incidentally, Dodd’s new regulatory scheme increases moral hazard, an item oddly unnoticed in Connecticut’s sleepy media. Better to let bankruptcy judges handle all this: At least they are not politically connected.

The Connecticut budget relies heavily on a tin cup policy. This is nuts. And you are right about the sleigh-of-hand accounting.

I recall asking Chris Powell a few months ago what it would take to convince the testa duras at the legislature that they have to stop passing on the problems to others? His answer: distended bellies. Starvation might wake them up.