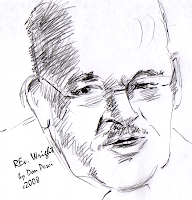 The contrarian’s sympathies flow towards Rev. Wright. Now that Obama has been elected president, the Rev. Wright has been defanged and, to some extent, rehabilitated. He is just one among other discarded bodies thrown out of the plane on the route to Obama’s election. In this regard, Obama resembles former president Bill Clinton, who did not hesitate to pull the trigger on his old friends.

The Rev Wright will be appearing in Connecticut, according to an Associated Press dispatch in the Hartford Courant, at the Kingdom Life Christian Church in Milford on Thursday night to debate religion, race and American history:

“Organizers hope the forum will allow people to hear more than the sound bites that embroiled Wright and Obama in controversy this spring.

“The organizer says Wright will expound upon his views of the history of the black church and black liberation theology.”