The Death of Camelot 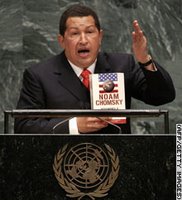 Sen. Edward Kennedy came to Connecticut last week to give Ned Lamont, the netroot heartthrob, a leg up in his campaign against Democrat Sen. Joe Lieberman. Lamont is the Democrat nominee for the senate in Connecticut; in an odd twist of primary fate, Lieberman is the petitioning candidate.

Shortly after Lamont pushed Lieberman off the cliff in a Democrat primary, many of Lieberman’s former comrades in the U.S. Senate – prominently in the Northeast, Sen. Hillary Clinton and Kennedy – threw him over in favor of the new kid on the block, arguing that good Democrats must support the nominee of their party.

The Ned and Ted love fest at the Clifford House in Bridgeport provided several amusing moments. In one of his recent ads, Lamont claimed to be running against a politician who had “been in Congress too long,” but not quite as long as Kennedy.

Lamont also promised to refrain from bringing home pork, unlike Kennedy, without whose efforts the Big Dig in Boston might not have been a spectacularly expensive boondoggle.

When Lieberman, at a different function on the same day, laid claim to the “muscular foreign policy of Truman and (John F.) Kennedy,” the sainted president’s brother set the record straight. “President Kennedy,” said Edward, the heir to Camelot, “would have been very careful with the facts. He would have been careful not to sign on for distortions, misrepresentations and manipulation of intelligence” – unlike President George Bush who, in one of his speeches, managed to sound a lot like the senator’s brother.

Chances are that few of the reporters covering the event had a personal memory of the soul-stirring Kennedy speech in which the young president said that a new generation would “go anywhere and bear any price” for the sake of liberty. Lieberman doubtless had this passage in mind when he referred to the “muscular foreign policy” of the Kennedy administration and not, say, the Bay of Pigs fiasco, which involved an almost criminal carelessness of facts deplored by Lamont’s new friend from Massachusetts.

Lamont and Diane Farrell, a former First Selectwoman in Stonington who hopes to unseat Rep. Chris Shays – like Lieberman, one of the young torchbearers of President Kennedy’s administration -- together boomed out a rendition of “When Irish Eyes Are Smiling.”

But the enemies of liberty are very much alive. Fidel Castro, who has outlived Sen. Kennedy’s brother by more than four decades and whose consulate in Mexico frequently hosted Lee Harvey Oswald prior to the assassination of John F. Kennedy, appears to be tottering towards the grave, but President of Venezuela Hugo Chavez – Castro with oil wells – has been very animated lately; so has Mahmoud Ahmadinejad of Iran, who hosted Chavez in Iran.

Both have made appearances in the inaptly named United Nations in New York, recently the scene of two terrorist attacks on the Twin Towers building, and both were in fine fettle, Ahmadinejad pulling the nose of the West after he had vowed to wipe Israel off the map -- presumably with nuclear weapons the UN is vainly attempting to prevent him from securing – and Chavez, holding up a book written by his mentor Noam Chomsky, marveling at the smell of sulfur left in the wake of President Bush’s, who earlier addressed the citadel of do-nothingness.

Following the Punch and Judy show, Chavez was denounced by Rep. Charlie Rangel – no friend of the Bush administration -- and even Nancy Pelosi managed a discouraging word. Here in Connecticut, Democrat nominee for governor John DeStefano bit his tongue; DeStefano has accepted discounted oil from Chavez, causing one wag to lament that he had been bought out by Big Venezuelan Oil.

Chavez’s charge that Bush is the devil did not appear to alarm the “Nedheads” supporting Lamont, some of whom agree that Bush is the Devil incarnate, Noam Chomsky or Ted Kennedy, who still can’t sing “When Irish Eyes are Smiling.”

The last poll shows Lieberman leading Lamont by about ten percentage points, a disappointment no doubt to Jew haters like Ahmadinejad and Bush haters like … (fill in the blank).