Squirrels Will Be Squirrels 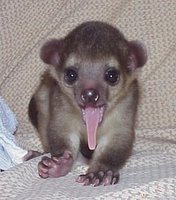 A ticked off squirrel attacked and bit two children in Winter Park Florida. Just curious: Do they have snow there?

The squirrel was captured by a vigilante who plopped a bucket over it and waited two hours for the animal service to show up, incarcerate the thing and perhaps provide it with an animal psychologist.

But they were no-shows, and the squirrel was released in its own custody. Well, wouldn’t you know it, the vicious squirrel, whose country of origin could not be determined, promptly bit a senior citizen and another kid.

At around the same time the squirrel was gnawing on park dwellers, Iranian President Mahmoud Ahmadinejad was palavering with esteemed American journalist Mike Wallace of CBS. The jovial president of Iran expressed some surprise that Wallace was still among the living. Ahmadinejad doesn’t get out much, and American talking heads are not his cup of tea.

Ahmadinejad then tore into President Bush, who apparently did not give proper attention to a treatise the jew hating president of Iran had written and earlier sent to Washington. Actually, other reports indicate that Bush was busy reading The Stranger by Albert Camus when Ahmadinejad’s treatise arrived.

In any case, Ahmadinejad was ticked off. Sounding a bit like Sen. Edward Kennedy, the Iranian president promptly laid into Bush:

Well,(with the letter) I wanted to open a window towards the light for the president so that he can see that one can look on the world through a different perspective. … We are all free to choose. But please give him this message, sir: Those who refuse to accept an invitation will not have a good ending or fate. You see that his approval rating is dropping every day. Hatred vis-à-vis the president is increasing every day around the world. For a ruler, this is the worst message that he could receive. Rulers and heads of government at the end of their office must leave the office holding their heads high.

Coincidentally, Paris Hilton, last week was bitten by her exotic, rainforest kinkajou, proving once again … well, no one is sure what it proves.