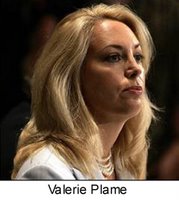 It seems like only yesterday that special prosecutor Patrick J. Fitzgerald was homing in on Karl Rove. Top vice presidential aide I. Lewis Libby, second in command to Vice President Dick Cheney, was said to have leaked the name of Valerie Plame to a reporter and blown her CIA cover, apparently in retaliation for a piece written in the Wall Street Journal by her husband, Joe Wilson, that questioned President Bush’s rational for prosecuting a war in Iraq.

Plame was a CIA analyst and not an undercover agent at the time her name was released. But this made no difference. Hot on the chase and anxious to bag Cheney and Rove, the mainstream media devoted an ocean of ink to the subject, and it was widely speculated that Libby was executing a dirty trick on the Wilsons on orders from Rove, the Svengalli of the Bush administration.

It all turned out to be a lot of sound and fury, signifying nothing.

According to recent more accurate reports in the New York Times, it was not Libby, but rather Richard Armitage, who was the leaker. Armitage, former deputy Secretary of State, was the second in command to former Secretary of State Colin Powell. Armitage inadvertently blew Plame’s CIA non-undercover work to Robert Novak during a chit-chat session, and Fitzgerald knew all about it very early on in his investigation. Armitage also spilled the beans to famed Washington Post writer Bob Woodward, of Watergate fame, before his conversation with Novak.

So then, why did Fitzgerald target Libby rather than Armitage and Novack rather than Woodward? And isn’t the mainstream press just a wee bit distressed at having been manipulated by anti-Rove agents and sources?

The answers to these questions will not be forthcoming anytime soon. The quarry has been bagged, and who cares if Fitzgerald screwed up the works.