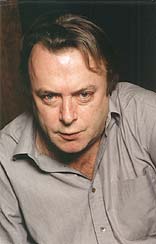 The indomitable Christopher Hitchens – who is neither a neo-con nor a Christian fundamentalist nor an ardent Bush supporter – ties up a few loose ends concerning Joe Wilson, his CIA wife Valerie Plame, Nigerian yellowcake and the now notorious few sentences, much commented upon by the left, in president George Bush’s 2003 State of the Union address.

"This means that both pillars of the biggest scandal-mongering effort yet mounted by the "anti-war" movement—the twin allegations of a false story exposed by Wilson and then of a state-run vendetta undertaken against him and the lady wife who dispatched him on the mission—are in irretrievable ruins. The truth is the exact polar opposite. The original Niger connection was both authentic and important, and Wilson's utter failure to grasp it or even examine it was not enough to make Karl Rove even turn over in bed. All the work of the supposed "outing" was inadvertently performed by Wilson's admirer Robert Novak. Of course, one defends the Bush administration at one's own peril. Thanks largely to Stephen Hadley, assistant to the president for national security affairs, our incompetent and divided government grew so nervous as to disown the words that appeared in the 2003 State of the Union address. But the facts are still the facts, and it is high time that they received one-millionth of the attention that the "Plamegate" farce has garnered."