Israel, the Terrorists and the West 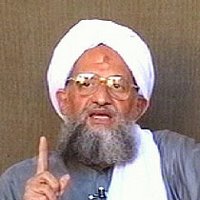 What does Israel want?

Immediately, it wants an end to the death and destruction showered upon it from military emplacements in the southern part of Lebanon, land from which Israel withdrew as a part of a peace process several years ago because a) a long Jihad with Hezbollah, a terrorist organization supported by Syria and Iran, had exhausted it, and b) Israel had bought into “peace for land” arguments advanced by diplomatists who are now suggesting that further diplomacy is the solution to recent attacks by Hezbollah launched from territory surrendered to them. The highlands in South Lebanon were swapped for an illusive peace, and before you could say “diplomacy is war by other means,” missiles were raining down on Israel.

In the long term, Israel wants what any nation minimally must have to be a nation: peace and security from terrorists and their Arab facilitators.

What does Hezbollah want?

Like most Arabs, the terrorist organization wants the complete and utter destruction of Israel, as well as any outcroppings of democracy in and around the Middle East. In the long run, a resurgent Islam wants a caliphate in the Middle East ruled by Sharia law as understood by Salafists, and a serious assault on what has come to be known in the West as the fruits of the Enlightenment period, the crucible of ideas that has allowed the West to flourish since the post-Renaissance period.

Both Israel and pan-national Islamic fundamentalists regard diplomacy as the continuation of war by other means. Hezbollah’s strategy to accomplish its aims involves calling on peacekeepers to intervene and enforce a truce should their Israeli enemies win a decisive military victory. Despite pacifist fables to the contrary, decisive wars bring peace in their bloody wake. The peace following World War II was deep, rich and abiding because that war – unlike World War I – was decisive; World War II decided the shape of Europe for years to come.

The shape of the future is now being decided in the Middle East. And the most important question before the West is: What would a successful war, both military and diplomatic, against the enemies of the West look like?

The bombing of Israel has caused Al-Qaida’s number two leader, Ayman al-Zawahri, to declare that the fighting between Israel and Islamic terrorists will not end with “cease fires and agreements.” Salivating in a recently released Al-Jazeera video, al-Zawahri said, “It is a Jihad for the sake of God and will last until (our) religion prevails ... from Spain to Iraq. We will attack everywhere." A helpful textual note from the Associated Press tells us that “Spain was controlled by Arab Muslims until they were driven from power at the turn of the 16th century.”

The Muslims were driven from Spain around the time that Christopher Columbus sailed the ocean blue and discovered a land mass he thought was India. Boabdil, the last Muslim leader of the Moorish stronghold of Granada, surrendered to King Ferdinand and Queen Isabella on January 2nd, 1492, but the decisive battle that prevented an Islamic incursion into Gaul was fought and won by Charles Martell at Tours on October 10, 732.

A military leader of uncommon valor and brilliance, Martell was regarded by those who fought against him as unusually vicious; he would not have passed the Geneva Accords sniff test.

There is no one like him in modern day France. Martell is the sole reason why al-Zawahri did not say that the Jihad – the struggle of Islam against the West -- will last until Islam prevails from France to Iraq. Martell’s decisive battle checked the advance of Islam before it could penetrate Gaul.

Today, Islam already has penetrated a sleeping Europe. Only a few months ago, much of France -- but happily not Paris -- was set afire by unassimilated, second generation French Muslims who had not been absorbed by western culture. The fires in Tours, some Islamists hoped, would light the way to a decisive victory.
Isabelle and Ferdinand expelled the Jews from Spain around the same time they accepted the surrender of Boabdil. Al-Zwahri, no doubt, has similar ambitions.