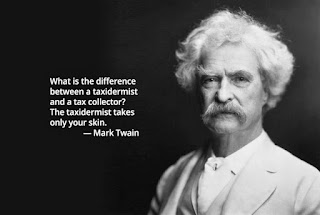 Some Republican radio commentators in Connecticut’s media community think the Connecticut GOP has a chance during the upcoming off-year elections to make some advances. Naturally, postmodern progressives, supporters of the status quo, disagree.

The contrarian radio commentator community in the state, which tends to be right of center in its political orientation, does not have the same reach as the state’s legacy media and the majority of college professors in Connecticut who think former President Donald Trump is the Devil incarnate. Once you swallow that proposition, you are more or less obliged to hold all Republicans responsible for Trump’s devilish behavior.

What is the difference between a non-partisan media and a contrarian media?

As briefly as possible, it is the difference between Henry Mencken, or even Mark Twain, and the majority of political editorial opinions in Connecticut.

The irascible Mencken famously said, “The whole aim of practical politics is to keep the populace alarmed (and hence clamorous to be led to safety) by menacing it with an endless series of hobgoblins, all of them imaginary.” That sentiment is certain to resonate with people in Connecticut who have survived, barely, the fear-mongering associated with the arrival of COVID from China.

Mark Twain, whose courage Mencken admired, was even more severe: “An honest man in politics shines more there than he would elsewhere.”

Both were contrarians at war with their political environments.

Among all the political chatterers in Connecticut, very few are contrarian. Chris Powell [former Managing Editor and Editorial Page Editor of the Journal Inquirer] comes to mind as one of the outstanding exceptions that prove the rule.

And what is the rule? Very simply, the media is generally conservative in the worse sense of the word, as reflexively upholding the status quo. The rule is: those who rule determine both politics in the state and media coverage. Connecticut’s status is that of a postmodern progressive state. Its larger cities, all of them in crises, have been ruled uninterruptedly by the Democrat Party for half a century or more.

The legacy media in the state has been trending left for decades, but they are not the only obstacle to GOP advancement. There is the dreadful, seemingly irresistible, tug of political habits. Habits, the markers of our past successes, are hard to break, and bad habits are harder to break.

Thinking wrongly about politics and, more dangerously, not thinking about politics at all, are fatal bad habits, because we are now living in a world in which people who let others think for them are treated by uncontested power brokers as political counters only, hardly worth listening to. The reigning political power in Connecticut, ideologically infested postmodern progressives, is now in a position to brush aside the GOP as a quite unnecessary interruption of leftist politics, so much white noise.

The world of politics could use a few classical skeptics – to keep it in order and raise the moral level of voters. But skepticism does not win many votes. Neither Mencken nor Twain, given the present political environment, would be able to win a seat on their local boards of education. And, if having won a seat, they would be peremptorily dismissed as cranks about two minutes after they opened their mouths.

For better or worse, politics in Connecticut is governed by leftist habits, ruinous postmodern progressive policies, and crowd pleasing rhetoric.

And the crowds are easily pleased. If you take from them in taxes and fees an amount that is twice what you return to them in friendly gestures and political services, they will lick the hand they suppose is feeding them.

I’m afraid the libertarians are right on this point. What we need, they say, is independence and self-reliance. What we have been given -- by those who can, if they wish, effortlessly take away what they have given -- is dependence and reliance on what poor Blanche Dubois calls in the Tennessee Williams play A Streetcar Named Desire “the kindness of strangers.”

Most of this is a direct result of continuous one party rule in Connecticut.

Once again, if we look to contrarians for advice, we shall find Twain standing in the doorway shouting STOP: “To lodge all power in one party and keep it there is to insure bad government and the sure and gradual deterioration of the public morals.”