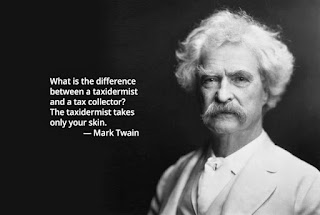 "No man's life, liberty or property is safe while the Legislature is in session”
-- Gideon John Tucker (February 10, 1826 – July 1899), American lawyer, newspaper editor and politician

The General Assembly’s session will end on June 9, 2021, after which we may all fancy that our life, liberty and property has survived the legislative assault by Democrat progressives.

Many reporters in Connecticut still ask Republicans, long after former President Donald Trump has left the White House, whether they support the orange man, and they allege further that the state’s Grand Old Party is irreconcilably divided between fanatical Trump supporters and the usual Republican phalanx, mostly Republicans who profess to be fiscal conservatives but social liberals.

This view does not adequately depict the real correlation of political forces in Connecticut, and pretty much all reporters in the state, were it possible for them to shuck off a pretense of objectivity, know it does not. All the important political divisions crackle within the Democrat Party, which enjoys massive majorities in the General Assembly -- a 24-12 majority in the Senate and a 97-54 majority in the House, according to Ballotpedia.

Moderate Republicans, fiscally conservative but socially liberal, have since 1992 been routed by progressive Democrats. The Republican Party as such has been unplugged. Real political power in the General Assembly, the gubernatorial office, the U.S. Congressional Delegation, and all the state’s Constitutional offices, no longer courses through the Connecticut GOP, in part because moderate Republicans could not stop being left of center on social issues in their campaigns. Republican options in the state, most often opposed by a left oriented media, are no longer live options. Any Republican in the General Assembly, of whatever stripe, looking about himself with eyes that see and ears that hear, knows he or she is out of the game. The fiscal conservative, socially liberal ideological vehicle that had in the past served Connecticut Republicans well has led, it ought to be plain to all, to a political cul-de-sac.

The real political correlation of forces in Connecticut that will in the future determine the path of the state’s economy and social structure are plainly exhibited in almost every objective news report.

On the one side is Governor Ned Lamont; facing him is a swarm of very busy progressive bees, typically represented by President Pro Tem of the state Senate Martin Looney.

Lamont certainly appears outwardly to be more fiscally conservative than Looney and the thought-leaders of the Democrat caucus in the General Assembly. Lamont is socially liberal, as were the now vanished Republicans in Connecticut’s U. S. Congressional Delegation, all swept away by Democrat progressives.

The word “liberal”, given the radically changed ideological predispositions within the Democrat Party, both nationally and in Connecticut, should be taken with a grain of salt.

The Democrat Party in Connecticut has now become a progressive party. There is and can be no agreement between, say, Adam Smith – the author of The Wealth of Nations & the Theory of Moral Sentiments and Looney, a progressive in the manner of Eugene Debs and socialist U.S. Senator Bernie Sanders of Vermont. Neither the moral sentiments nor the economic notions of Looney corresponds to any degree with those of Smith, a classical liberal thrown by progressives on the ash heap of practical Connecticut politics.

Progressive Democrats have loads of tax increases in their backpacks. A Hartford reporter lists some of them: the usual tax increases, plus a 2 percent capital gains increase for “high income earners, plus a new consumption tax on the rich, plus the retention of a lapsing, 10% surcharge on corporate profits, plus… Was it Milton Freedman who said “nothing is so permanent as a government program.” He might easily have added – and nothing is so permanent as a temporary tax.

To tax thirsty progressive Democrats, any tax will do, except a tax on infantile tax reckoning, which fictionalizes both the notion of progressivity – the top 50 percent of all taxpayers, Looney pretends not to know, paid 97 percent of all individual income taxes, while the bottom 50 percent paid the remaining 3 percent. And the top 1 percent paid a greater share of individual income taxes (38.5 percent) than the bottom 90 percent combined (29.9 percent), according to Tax Foundation figures.

Economic figures from Washington show that while President Joe Biden’s excessive spending is a hit with politicians, the sheer scale of spending has had a cooling effect on what had promised to be a robust economy, as Coronavirus peters out and the nation returns to some degree of normalcy. Biden has killed the Canada oil pipeline, once again opened talks with a Trump-crippled Iran, and China, crushing Hong Kong under its boot, continues to supply the US, and much of the developed world, with lithium, indispensable for Biden’s great leap forward in the production of battery run cars. The future looks promising for China, which continues to oppress its Muslim minority in its own Gulag Archipelago work camps.

The United States, not reliant on slave labor since the passage of the 13th Amendment in 1865, presently is suffering from a worker shortage because the hospitality industry has found it cannot compete with wages and benefits supplied by tax thirsty progressives who pretend not to understand that if you pay people not to work, you will create a labor shortage.

Media contrarians in Connecticut are betting it will take the progressive whale only a few weeks after the legislative session has closed to swallow Lamont like some postmodern Jonah, leaving the rest of us buried under a load of progressive claptrap, debt, taxes, more debt, and more taxes.

Asked whether he thought increasing taxes following a politically caused mini-depression in his state is a good idea, Looney responded, “Now is the time to do it. We cannot miss the opportunity to face up to a challenge when it presents itself to us. We cannot pretend that things are normal when we have the equivalent of a four or five-alarm fire going on in many of our communities.”

Autocracy In Connecticut, The New Normal

September 05, 2020
Lamont Coronavirus, we have been told countless times, has knocked “government as we know it” into a cocked hat. Purely as a practical matter, we in Connecticut have no fully operative legislature or judiciary. This means that our usual three legged governmental stool – legislative, judicial and executive branches of government – is lacking two legs. Only the executive department, in the person of Governor Ned Lamont, is operating on all cylinders and at, some would say, excessive speed. A statute that gives the governor near plenipotentiary powers during emergencies, repurposed when Coronavirus slammed into Connecticut via communist China and Mayor Bill de Blasio’s New York City, has been operative in Connecticut for six months. A dominant Democrat legislature has recently extended the governor’s extraordinary powers yet another five months. This extension of powers, this sundering of the separation of powers, some believe, may be unconstitutional and, at the very least, raises
3 comments
Read more