Contrarian Journalists Wanted and The Sad Estate of the Fourth Estate 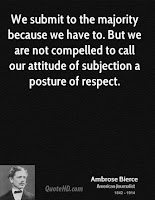 
Surely no one is surprised that Governor Lamont has thrown his support to a trucks-only toll bill.

Connecticut, according to a handful of media critics of the measure, needs a new source of revenue, pretty much for the same reason the prodigal’s son needed more dough from his dad. He overspent, drew down his allowance and took on debt, the way a sinking ship takes on water through a hole in its hull. If dad can absorb the debt, there is no problem; he can in that case, quite literally, afford to be merciful. But if he himself has fallen on hard times, mercy comes at too dear a price. Connecticut is the prodigal’s father who has fallen on hard times.


The author of the new transportation initiative, we are given to understand from various news sources, is Senate President Martin Looney, who seemed, only a short time ago, to have wrinkled his nose at the toll proposals then on the table for discussion, one of which was a trucks-only tolling scheme.

Democrats are now agreed that a new revenue stream is necessary and that Lamont’s roll-out was defective. During his gubernatorial campaign, Lamont proposed truck only tolling; once elected, he proposed multiple gantries on major highways, about 58 gantries that would collect user fees from all road travelers. The new revenue source is necessary, Democrats continue to argue, because the Transportation Fund lock-box has been depleted – by legislators who, as it turns out, had diverted funds destined for the lock-box, dumping them into the General Fund so they might reduce the continuing budget deficits for which they absurdly do not claim responsibility.

This analysis barely scratches the surface, though it does point to the real problem. The real problem is that the ruling Democrat Party is disinclined to make long-term, permanent cuts in spending. Additional taxes, we all know, are always permanent and long term. If you raise taxes, you eliminate the disturbing need to cut spending. Additional ruinous taxation, at this point in Connecticut's descent into its three decades old death spiral, will help only politicians -- no one else.

Why are Democrats so averse to permanent, long-term cuts in spending?

They are operating, as we all do, on a pleasure-pain principle. All life on the planet tends to resist pain and welcome pleasure. Even a daisy raising its head to greet the morning sun operates on the pleasure-pain principle. So then, we should ask ourselves: which is more painful for the average Democrat legislator, incurring the displeasure of the many supportive special interests in his political universe, or incurring the much more defused displeasure of those people he claims to represent who will be adversely impacted by yet another tax?

Democrat legislators are supposed to represent the general good of the whole demos, not special interests such as state worker unions. That is the desideratum we find in  textbooks on good government. If Connecticut could produce a Machiavelli and put him to work churning out editorials for most newspapers in the state, we should soon have a proper view of modern state politics.  Chris Powell at the Journal Inquirer occasionally quotes Ambrose Bierce on this point. Bierce defined “politics” in his “Devil’s Dictionary as: “a strife of interests masquerading as a contest of principles. The conduct of public affairs for private advantage.”

If that seems cynical, it is. But perhaps the state could use a strong dose of cynicism, purely as an emetic. In the golden age of Athenian democracy, cynics were the world’s first hippies: They questioned all authority. It may seem cynical to say so, but a questioning and contrarian posture is proper to good journalism.  In fact, it is indispensable to good journalism. How, without a touch of cynicism, should journalists go about comforting the afflicted and afflicting the comfortable? Journalism’s most deadly enemy is auto-pilot thoughtlessness and political sycophancy. There was a heroic journalist – whose name I have forgotten, so rare are instances of heroism in the field – who made it a habit of blowing his sources every five years or so because he feared falling into a slough of sycophancy.

Before we leave the question of cynicism, which is poorly understood, allow me to use the substitute term “contrarian.” We know a thing by contraries. If you want to know whether position A advances the common good, you cannot arrive at an adequate answer to the question without due consideration of position B -- B being “Not A.” Without a consideration of B, A will be accepted unreflectively without serious examination. In all areas of human life, we seek proportional balance. In Connecticut politics, we seek what has been called internationally a “balance of power.”

Indeed, I may observe parenthetically that both state and national constitutions provide a balance of power between three functions indispensable to democracy: the legislative power of writing laws, the executive power of executing laws, and the judicial power of judging laws. These powers should be separate and equal -- in a special sense. And they cannot be equal unless they are separate. Equality among the different departments is arrived at when each department is prevented from encroaching on the constitutional prerogatives of the other two departments. The powers are divided functionally so that each function may retain its integrity.  That is constitutional balance. It is also good government.

There is universal agreement that the relationship between the Trump administration and the national media is an adversarial one. Some wonder, however, whether in this instance the adversarial relationship is too much of a good thing. A judicious journalistic balance weaves like a battered boxer between too much and too little.  Moderation in all things -- though Trump seems to be unfamiliar with the concept  -- is still the golden rule. Then too, the chief pursuit of good journalism is the objective, politically unadorned truth, which ought never to be sacrificed to a strife of interests. Was the relationship between the media and the Obama administration an adversarial one? The frisson as Obama did what he pledged to do -- remake the United States from the bottom up -- was, as many of us remember it, mild to non-existent.

Coming back to home plate, is the relationship between Connecticut’s media and what we perhaps should call the Weicker-Malloy-Lamont administration – all three administrations favoring tax increases over long-term, permanent cost reductions – an adversarial one? On important questions of the day, are Connecticut editorialists and commentators truly objective? How many editorials in Connecticut papers may be described as objectively conservative?