Connecticut Government And The Art Of The Impossible 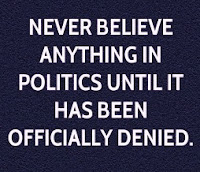 George Orwell said that the most difficult thing for a writer to see were events occurring right under his nose. The same holds true for voters. For many of us, voting is a duty and an obligation, like going to church on Sunday. But how many of us remember the homilies on Tuesday? Perhaps even the minister has forgotten his invocations by then. One should not render oneself unconscious before voting. Look before you leap, think before you vote.

We know that it will not do to overlook recent history, because recent history is armed and dangerous. It might be instructive to approach Connecticut’s economic problems from a “can’t do” perspective. What are the reigning “can’t-do’s” in Connecticut just now?

Bob Stefanowski, we are told, cannot eliminate the state income tax, first imposed in 1991 by then independent Governor Lowell Weicker. This is can’t-do number 1. The income tax provides nearly half the revenue of Connecticut. Republican leader in the state House Themis Klarides is on record as saying the proposal, put forward in the Republican primaries by two gubernatorial contestants, Danbury Mayor Mark Boughton and Stefanowski, is “silly,” her expression. Well, one is not obliged to suffer sillies gladly.

Once he had won the primary, Stefanowski described his proposal to eliminate Connecticut’s income tax as an “aspirational goal.” Not without reason, Stefanowski is convinced it is important to distinguish his aspirations from those of his Democrat opponent Ned Lamont. Stefanowski wants to reduce taxes, institute zero-based budgeting, and wring cost savings from state workers, which brings us to “can’t-do” number 2.

The agreements concluded between Malloy and SEBAC have been written in contractual stone. Thanks to Malloy’s efforts on behalf of unions, current contracts, very favorable to state employees, are locked in until 2022. So then, neither Lamont nor Stefanowski may unilaterally void these contracts, and – very important – the contracts are enforceable by courts. Even if observing the contracts were to bring Connecticut to the brink of bankruptcy, the General Assembly cannot void or adjust the contracts, Lamont says, without the assent of SEBAC.

Politics is the art of the possible, but Malloy and union bosses have made remediation of these court enforceable contracts impossible. One clause in the contracts makes it impossible for future governors – even if a Governor Lamont should wish to do so – to use layoffs as a negotiating point in future contract negotiations with unions. This is can’t-do it number 3.

The Malloy/SEBAC agreement provides salary increases after three years until the contractual expiration date. The solution to this number 4 s “can’t-do” seems self-evident. If the legislature, constitutionally responsible for taxing and spending, is ever to regain control of its budgets, it must wrest budget control from unions allied with governors. Union salaries and pensions should be set through legislative provisions rather than contractual arrangements.

It may surprise taxpayers to discover that the General Assembly controls only “discretionary spending,” a relatively small part of biennial spending, which brings us to “can’t do” number 5: “Fix costs” cannot be reduced. The indispensable Yankee Institute tells us that nearly half the costs of Connecticut government are fixed. These are costs associated with “pension payments, retiree healthcare, Medicaid, debt service and adjudicated claims.”

Can the costs be unfixed?

Theoretically, they can. Government is the art of the possible, not the impossible. And it is essential that state government recover control over nearly one half of its budget.

The chief concern of Connecticut's bean counters has been balancing the state budget for the next biennium. But if they are not at all concerned how state government may regain control of its continuing budget shortfalls by controlling spending, they are having the wrong conversation among themselves.

Everyone, even Malloy, knows how to discharge a state budget deficit – you raise taxes. Malloy, who may go down in Connecticut history as the least popular governor, raised taxes twice, imposing on the state the largest and the second largest tax increases in Connecticut’s history. But budget deficits continue to recur, in large part because Connecticut’s government is firmly attached to the “can’t-do” principle. These seeming intractable problems, we know from bitter experience, are not solved by making large portions of the budget untouchable. Still less are the problems solved when traditional tools such as layoffs are removed from the gubernatorial tool box, or when contracts favorable to unions are pushed far into the future.

Nothing Lamont has said so far should give anyone reason to suppose he has a firm grasp of the state’s most exacerbating problem – which is that the General Assembly has, over a long period of time, invested governors, and derivatively court justices, with deciding issues that constitutionally fall in the legislative domain. The legislature ought not to be permitted to rent out its constitutional prerogatives to another branch of government – not to mention extra-governmental entities such as unions.

No one in Connecticut is making much ado about this, likely for reasons noted by Orwell – the most difficult thing for a government to do is to see the difficult  “can do” solution that lies right under its nose.