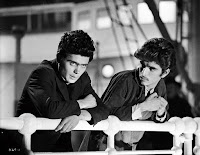 On slow news days – especially when the state legislature is out of session and everyman’s life, liberty and property is a bit safer from despoliation – some newspaper in Connecticut is bound to run a story on the state’s “wealth gap,” the always intolerable difference between the assets of Greenwich hedge fund managers and city dwellers hedged about by poverty, crime and cultural dissolution.

The wealth gap in Connecticut is large because the poor, despite years of Great Society programs, are still poor, and the rich are still rich. Quick now: Which has been the least successful national policy, the war on drugs or the war on poverty? The stairway connecting Heaven, Connecticut’s upstairs, and Hell, the state’s downstairs, is long but gilded at the top. The underlying assumption of all such stories is that the poor are poor BECAUSE the rich are rich. It follows that if a compassionate government were able to even the scales by redistributing wealth from rich Paul to poor Peter, life would be more equitable and just and, as an incidental benefit, there would be fewer wealth gap stories. No one on the distribution end of the war on poverty seems to notice that poverty and the wealth gap march forward in tandem.


The truth is that the poor we shall always have with us -- see Mark 14:7. Here in the United States, we used to be able to provide a ladder that would allow the poor or their children to climb out of poverty and join a burgeoning middle class. The poor did not move from war-stricken Europe in the World War II and post war period to remain poor; here it was possible for the energetic poor to exchange their labor for a boost in status. Jobs were plentiful; cultural disapprobation and the sting of poverty inspired the poor to make painful sacrifices, work hard and save money, so that their children might be rewarded with the blessings of a hard won prosperity. The so called “melting pot” really did integrate and uplift the poor. And while the poor, we knew, would always be with us, the SAME poor were not always with us – until the inauguration of Great Society programs.

The same was true of the rich: Old fortunes were lost or frittered away; new fortunes arose. Status itself changed from generation to generation. In “America, America,” Elia Kazan’s most autobiographical film, two boys coming to America from Anatolia, then in the iron grip of corrupt and vicious Turks, watch the State of Liberty glide by their boat. In their oppression, they had dreamed great dreams of liberty and self-reliance. Their uncle, who remained behind, talked to them daily of the glory that was America. One of them, racked by memories of villagers brutalized and Christian churches burned by the Turks, suddenly realizes – “America is not even a country. It is an emotive idea.”

So comes the brutalized immigrant – to nestle in the center of this explosive idea.

Whether or not we always shall have the rich with us depends upon what we mean by “rich” and “us.” It is by no means certain that Connecticut will always have a “Gold Coast” populated by what modern progressives consider the indolent and conspicuous rich. Unlike the poor, the rich have wings on their feet.

Joseph Stalin, “Breaker of Nations,” knew this; and so, in the fullness of time following the Communist Revolution, he imposed equality on Russia by expropriating the wealth of the rich and near rich. Under Communist jackboots, very wealthy Russians had already departed or voluntarily surrendered their wealth to the party they eagerly joined. Stalin then re-positioned the resisting middle class in what later became a vast Gulag Archipelago, the great ashcan of the Marxist-Leninist view of history. In so doing, Stalin killed wealth creation in Russia for generations, but he more than satisfied what Friedrich Nietzsche might have called, had he lived to see it, the ressentiment of ruling class Communists.

Pushed forward by lazy journalists, wealth gap stories nearly write themselves. The underlying assumption of all such stories is wearyingly the same: The poor are not, cannot be, and will never be self-reliant or fully integrated into the general culture – until a compassionate centralized government provides for their needs by moving wealth from the idle rich to the oppressed poor. The great “melting pot” of America once melted not only cultural and language differences but poverty as well, but no more. While the war on poverty has failed, the attack on property, liberty, self-reliance, assimilation and upward mobility has succeeded all too well.