The Obama Switcheroo, Connecticut’s Congressional Delegation, And the Band Played On 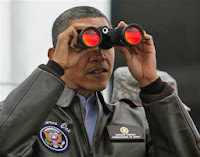 An Obamacare supporter had just finished explaining on Facebook that Obamacare, once fully implemented, would ring out of the private insurance market all those expensive and useless “substandard” plans when, hesto presto, Mr. Obama, under pressure from Democratic notables such as former President Bill Clinton to keep his promise that insurance purchasers will be able to keep their insurance plans, announced during one of his infrequent press conferences that everyone he had promised could keep their plans could, following his change of mind, keep their plans.

The Obamacare Facebook supporter fell silent and went on to other matters.

Wrinkles began to appear in the smooth winding sheets of the usual Obama supporters.  Jon Stewart impaled Mr. Obama on his news/comedy show The Daily Show:

Following Mr. Obama’s switcheroo, Mark Steyn wrote in National Review a paragraph that ought to be put to music and sung to the Beltway maestros at the president's next press availability:

No one yet has criticized Mr. Obama for having defaulted on his implicit deal with the insurance companies. For as long as insurance companies have been in business, no insurance CEO has been able, prior to Obamacare, to force purchasers to buy plans they did not want or need. Obamacare, when fully implemented, will force young people into the insurance market by levying a tax (the Supreme Court’s verbiage) on those who perversely decline to purchase a product they do not want or need.

The implementation of this market magic has now been delayed by a year. When the country has moved beyond the mid-term elections, Obamacare once again will purge the insurance market of “substandard” products, prodding the young folk into the insurance market by means of fines (non-Supreme Court verbiage) levied against their best interests.

The Obama shape shifting caused one Hartford paper to lament that “every time Connecticut takes a step forward with health insurance, the federal government smacks us two steps back.”

In a year, however, the destructive Obamacare juggernaut will be back in business. The current “fix,” it seems to some Obamacare critics, is but a temporary measure on the way to a universal health care system.

Under a single payer system, private insurance companies, no longer able to compete with a public insurance system backed by taxpayer dollar, tend to become boutique insurance suppliers servicing clients who can afford higher premiums and tailored plans. The temporary “fix,” will create a necessary temporary uncertainty in the private insurance market – assuming major insurance suppliers swallow the bait thrown out to them by a beleaguered White House -- a roiling chaos almost certain to be followed by calls for a universal health care system.


Connecticut, home to major insurance companies and still heavily reliant on its insurance sector, used to be known as “the insurance capital of the world.” The uncertainty in insurance markets created by Obamacare, the relentless rhetorical bashing insurance companies have been subject to by the Obama administration, the prospect of universal health care and the consequent pairing back of insurance products, are bound to affect Connecticut disproportionately, both in terms of jobs lost and diminished tax revenues.

None of these very real possibilities have been considered seriously by the members of Connecticut’s Democratic U.S. Congressional Delegation, Obamacare enthusiasts all. Governor Dannel Malloy, rudely smacked down by Mr. Obama’s latest U-turn on his signature piece of legislation, appears unperturbed by possible job losses in Connecticut’s still vibrant insurance industry, not to mention consequent reductions in state revenue.

In the distance one sees, looming in the fog, the tip of a menacing iceberg. Aboard the ship of state, all is merry; the crew presses forward; the passengers are in a celebratory mood; the captain, champagne glass in hand, is about to toast to a successful journey; the band is playing a comforting waltz; the dance floor is crowded.