Neither Trump Nor Biden 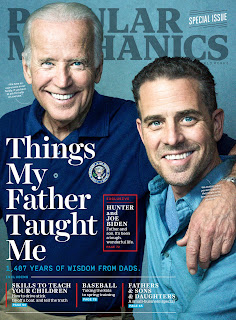 Chris Keating of the Hartford Courant has assembled a phalanx of Republican Party leaders in Connecticut who are adamantly opposed to the re-election of former President Donald Trump.

They are not alone. Other prominent national Republicans and, unsurprisingly, conservative outlets such as National Review are also opposed to Trump’s presidential re-election bid.  It was National Review, at the outset of Trump’s first bid for the presidency, that devoted a whole issue of its magazine to Trump opposition. The issue was titled “Never Trump.” Some former hard-line Trump oppositionists have since softened their view.

Democrats opposing the hapless President Joe Biden administration have yet to come out from behind their rhetorical flowerpots.

Perhaps the most interesting take is that of House Republican leader Vincent Candelora of North Branford, described by Keating as “a fiscally and socially conservative Republican.”

That description is important because it sets Candelora apart from what we might regard as traditional Connecticut Republicans who in the past have described themselves as fiscally conservative but socially liberal. Apparently, Candelora is unwilling to cede to the Democrat Party in Connecticut more than half the political playing field; cultural orientation in politics is every bit as important as financial orientation, especially since the growing postmodern wing of the Democrat Party operates on the principle that politics lies downstream from culture. Change the culture, post-Marxian guru Antonio Gramsci said, and you will have changed the entire political orientation of a country.

Candelora said, “Just as every fine wine has its day, I think Trump has turned to vinegar. Frankly, all the good policies that he has done have been eclipsed by his behavior ... Like many people, you cringe with the behavior. I thought it would subside, but it never did. It only has gotten worse. He has lashed out not just at Democrats, but equally at Republicans. I just don’t think it’s a tone that this country needs to continue in the political atmosphere that we’re in.’'

This view of Trump certainly is not new. And it may remind some Connecticut Republicans of former U.S. Senator and Governor Lowell Weicker, who was, as he often hinted, a fiscal conservative but a social liberal. An irritant to Connecticut Republicans, Weicker finally got himself tossed out of the U.S. Congress with some help from Democrats and unaffiliateds.

Both Trump and Weicker were, at times, vinegary. Before he lost a senatorial race to “fiscally conservative but socially liberal” Joe Lieberman, Weicker had referred to himself approvingly as “the turd in the Republican Party punchbowl.”

His voting record was indistinguishable from that of Democrat U.S. Senator Chris Dodd. In fact, Weicker’s liberal Americans for Democratic Action rating was, during his last days in office, about 20 points higher than Dodd’s.

Weicker survived for more than two decades as the nominal head of the Republican Party in Connecticut, without strenuous objections from fiscally conservative but socially liberal Republican leaders in his state. Pulling all the anti-conservative stops on his organ, Weicker’s foreign and domestic policy choices eradicated distinctions between him and leading Democrat officeholders such as Massachusetts U.S. Senator Ted Kennedy, dubbed by the media as the Democrat “lion of the Senate.”

Candelora also took a stab at describing a Trump character distinction that may seem important to some non-rabid, anti-Trump Republicans.

In 2016, Candelora said, most Americans had only a partial glimpse of Trump’s character and political views. Obscurantism is always a useful tool in American politics. Although Trump’s “personality was given the benefit of the doubt in 2016… Ultimately, his personality led to his demise, not his policies... You have a combination of somebody who has very good policies but also somebody who is a bit narcissistic, and I think that we can’t afford to have leaders like that in politics under these current times. I would like to see the party have fresh blood.’'

Political circumstances change, but character remains pretty much a constant, except in the cases of politicians who step out of character to amass votes, such as current President Joe Biden, a man who can more successfully espouse contradictory causes because he has schooled himself over the years to speak with two faces, that of a John F. Kennedy liberal and postmodern progressive fossil fuel slayer such as U.S. Representative Alexandra Ocasio Cortez and the inscrutable former Massachusetts U.S. Senator John Kerry.

The collision between Trump and Biden in 2024 would be entertaining but unfortunate for the country because the end would be the same if either won. Republicans in Connecticut, always attuned to Trump-hostile media, have adopted the view that Trump cannot win the presidency because he is damaged goods. Rational Democrats may in time come round to the view that Biden should not be the nominal head of their party going forward because, were he to prevail in a contest between himself and Trump, the county’s goods would be irreparably damaged.

If Trump’s character is too ridged, Biden’s is too protean, infinitely adjustable, somewhat like silly putty. Biden can never be a convincing fiscal conservative or a social John F. Kennedy liberal. Postmodern progressivism has swamped and drowned what was once a reliable, centrist liberal political center of the Democrat Party.

Then too, we should not want an aging, absent minded cipher as president. It’s time to move on from savior politicians and begin to shore up a reliable preexisting system of American politics and culture that, so far, has withstood foreign and domestic policy aberrations.

Libertarian Advocate said…
Perhaps the reason that those Democrats "opposing" Biden's re-election haven't emerged from behind their flower pots is because unlike so many of us who have yet to figure it out that, is that they know very well that "Joe" is but a potted plant who Obama has watered by his dutiful and most obedient butler Ron Klain?
7:16 PM