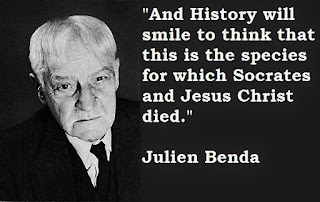 J.K. Rowling, author of the Harry Potter series of books, has wandered, quite deliberately, into the 21st century’s transactional, anti-scientific, a-historical, post-modern Marxist bear pit. It doesn't matter how big you are – the non-discriminatory pit swallows all orthodoxies and traditional hierarchies.

Rowling’s grievous fault was to think. In a piece that appeared in the Washington Examiner, “J.K. Rowling’s Lonely Fight For Women’s Rights”, Ayaan Hirsi Ali, another thinking female, noted that  Rowling, questioning a phrase recently put into currency – “people who menstruate” – had tweeted: “’People who menstruate’ I’m sure there used to be a word for those people. Someone help me out. Wumben? Wimpund? Woomud?”

The humorless post-modern world soon after came tumbling down on Rowling’s head.

“The advocacy group GLAAD (The Gay & Lesbian Alliance Against Defamation),” Hersi Ali noted, “accused her of being ‘cruel’ and ‘targeting trans-people.’”

Used to dying on literary hills – no one owns the English language – Rowling responded, “If sex isn’t real, there’s no same-sex attraction. If sex isn’t real, the lived reality of women globally is erased. I know and love trans people, but erasing the concept of sex removes the ability of many to meaningfully discuss their lives. It isn’t hate to speak the truth.”

No one seemed much interested in debating the propositions put forth by Rowling, especially that thorny last one.

“The woke left,” Hersi-Ali writes, “is seeking to “cancel” her, newspeak for trashing her reputation, for this ideological heresy.” Far from targeting or harming anyone, Rowling “is simply fighting against the erosion of women’s rights. She is warning of what happens when women’s rights are subordinated to transgender rights. She is urging all of us to think carefully about what is being done on the basis of a warped ideology of ‘intersectionality,’ which conjures up a strange, inverted hierarchy of victimhood and grievance.”

Logic and right reason in the post-Marxist, intersectional universe is no longer a part of rational debate. If you can demonstrate you are a victim of some historical indignity, however remote, and you can claim, legitimately or not, a grievance for a moral wrong visited upon you or your remote ancestors, you need not argue your case in the court of public opinion. You have won; the debate will have been decided in your favor, by all the people who matter, before a word is spoken. You are part and parcel of the wounded intersectional universe, and you may with impunity “cancel” anyone who challenges your claim – the intersectional militia consistently confuses “rights” and “claims”—to intersectional orthodoxy.

Sometimes this strategy boomerangs. Over Independence Day weekend, the Hartford Courant reported, “a statue of Christopher Columbus in front of Waterbury’s City Hall on Grand Street was beheaded. Police are still investigating.” Columbus has all but disappeared from the public square in Connecticut, but the war now threatens Yale University, named after Elihu Yale, who…

Shall we allow NPR host, Yale alumnus, and political writer for the Hearst chain of Newspapers, Colin McEnroe to thread this needle?

McEnroe acknowledges that Yale was not a nice man: “Yale funded Yale with money he made from his leadership of the East India Company, which participated significantly in the slave trade. I believe there is no evidence of Elihu Yale owning slaves, but there are two paintings in which he is shown alongside “servants” who are slaves… Others have argued that Elihu Yale wasn’t — as far as we know — a champion of slavery. He was in the trans-oceanic business of buying and selling, and slaves were an essential part of that economy. There’s a counter-narrative that Yale was actually very directly and quite lucratively involved in the trafficking of Indian, as opposed to African, slaves.”

In any case, Yale’s war on modern sensibilities involved only Indians – not American Indians, but rather Indians from India. But Yale “helped lead a company that bought and sold human beings, and that is an inescapably terrible thing.” It all sounds very Columbian. Columbus owned no slaves, certainly not African American slaves. Slavery was introduced into the New World more than 200 years after Columbus died.

Are Yale’s sins against the exquisite moral order of the 20th and 21st centuries, so full of murder and slavery, black enough to require Yale to shuck off the Yale name? Amid all the name changing of our own morally tender age – Indians, American Indians, that is, have quietly disappeared from the public square, like Columbus -- what is the chance, on a scale of 1 to 10, that Yale will redeem itself by casting off the name of a man who winked at slave-trading and may have profited from the selling of human flesh, unlike Columbus?

“Actually,”McEnroe tells us, “the best reason for renaming Yale is also the reason it’s not going to happen. It would be really hard work. It would disrupt an iconic culture. It would be a shock felt ’round the world.

“I’m fine with getting rid of statues, but it’s really not that difficult to do. People fuss a little. The statue goes away. The pigeons get used to the new one. It’s kind of a cheap date with our consciences. And, if we’re honest, toppling statues is really fun. You can’t beat virtuous mayhem.

“Renaming Yale would really mean something. That’s the reason to do it.”

And it’s also the reason it will never be done. Changing the university's name would almost immediately devalue its status – not to mention the value of the diplomas Yale has in the past handed out to its mostly white privileged alumni. Yale diplomas are not just sheepskins, the way flags are not just painted cloths and statues, defaceable and decapitatable, stone and marble.

But in the leftist bear pit, only those things cherished by the right are expendable. Biology, reason, real history, and even Rowling, the most popular author of children's' books in the post-modern world, must fall to the ideological ax wielded by the newly anointed mob of revolutionary saints.