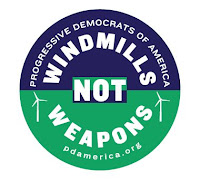 It’s a pretty safe bet that Bridgeport Mayor Joe Ganim may not be Connecticut’s next governor, now that current Governor Dannel Malloy has thrown in the sponge, opening the door to a handful of Democratic gubernatorial hopefuls panting behind the curtain.

Among the Democratic prospects are Mr. Ganim, elected mayor of Bridgeport four times before he was convicted of sixteen counts of corruption related activity, for which he spent seven years of a nine year sentence under lock and key. Other possible Democratic gubernatorial candidates are Comptroller Kevin Lembo, Middletown Mayor Dan Drew, former state Senator Jonathan Harris, Christopher Mattei, the  former Chief of the Financial Fraud and Public Corruption unit for the United States Attorney’s Office in the District of Connecticut who bagged former Governor John Rowland a second time,  and Lieutenant Governor Nancy Wyman who presently is playing it coy.


No one knows exactly why the good people of Bridgeport elected Mr. Ganim to represent their city as its mayor so soon after his release from prison. The shadow of the prison was yet upon him when he defeated petitioning candidate Mary Jane Foster by a two to one margin, having previously disposed of incumbent Democratic Mayor Bill Finch in a hotly contested primary. Prior to his incarceration, Mr. Ganim had been a successful mayor. Somewhere along the way Mr. Finch lost the backing of Bridgeport kingmaker Mario Testa, an indispensable political shaker and mover in Bridgeport. Terry Cowgill, writing in CTNewsJunkie, attributes Mr. Ganim’s short journey from prison to the mayor’s office to the “hypermasculine… testicular fortitude” of Mr. Ganim, but Mr. Ganim’s overweening ambition does not quite explain why Bridgeporters favored his bid for mayor; perhaps they figured … better the crook you know. Then too, Ganim was not a Republican crook. Democratic crooks have nine lives, Republican crooks have, at best, two. Blueness in Connecticut’s major cities has its privileges.

The Malloy era will end with a bang, not a whimper, and Democratic contestants would be wise to separate themselves from a failed enterprise. The usual bromide for deficits – more taxes – is no longer efficacious. In Connecticut’s political house, the basement is flooded, the roof is sagging, and householders who might be able to pay for repairs have skedaddled to other states. More is less; tax increases have led to revenue reductions. The pillars of the Democratic Party in heavily taxed and over-regulated Connecticut, mostly unions and companies bribed with offers of low credit lending and tax exemptions, are beginning to show wear.  Mr. Malloy has vowed to maintain present revenue levels and to discharge the state’s perpetual deficits through administrative consolidations and lay-offs. No one believes him, least of all Democratic progressives who hope to be able to increase current spending by levying a progressive tax on hedge fund managers and other one-percenters.

Leading Democrats in Connecticut have abandoned the middle way. There is nothing “moderate” about progressivism, the doctrine that political action is sanctified when it trickles down from progressive leaders such as former President Barack Obama or Governor Dannel Malloy to needy parishioners in Democratic Party pews. What, after all, is the point of having absolute power if you are not prepared to abuse it? If you can make use of a party script in your campaign, and if all the troops in your parade march to the same drummer, independent thought is unnecessary – indeed, destructive. And impinging reality, which sometimes reminds you of the disproportion between your holy resolve and the way things really are in a hard-edged world, may be safely dismissed.

In your protective bubble, a decrease in revenue that is caused by a tax increase may be remediated by – further tax increases. A budget 30 percent of which is devoted to  “fixed costs” cannot be balanced by an explosion of dedicated funds that further shift a greater proportion of your budget to cosseted special interests. If students in your urban public schools graduate without having mastered necessary pedagogical skills --  reading, writing and arithmetic – the answer to these deficiencies is to have the over-schooled but under-educated illiterates take remedial courses in community colleges of their choosing – which, of course, will be “free” under a progressive political regime.

Such is life in Connecticut’s progressive Democrat hegemon. Every so often, one spots a glimmer of hope quickly snuffed out. Mr. Malloy pledges that things will be different this time; he is resolved to settle a future $5 billion deficit through spending reductions alone – NOT revenue increases. And U.S. Representative Jim Himes is organizing a “moderate” Democratic Party cult in the Congress. So far, Mr. Himes’ New Democrat Coalition has a membership of 54 dubious Democrats and a cat rescued from certain death in a Beltway pound.