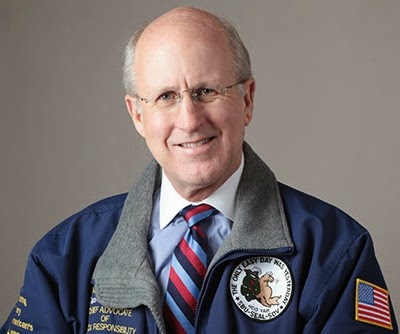 He is a member of the Accounting Hall of Fame and for ten years was the Comptroller General of the United States. When Mr. Walker talks about budgets, financing and pension viability, people listen.

Mr. Walker is also attuned to fine nuances in political campaigning. He is not running for governor, he says, because he had moved to Connecticut only four years ago and wishes to respect the political pecking order. Very few people in the state think that, were he governor, Mr. Walker would know less about the finance side of government than his budget chief.

Mr. Walker can say with a straight face, “I knew Ronald Reagan, Ronald Reagan was a friend of mine, and you Mr. (plug in the name of any false pretender to the Reagan legacy) are no Ronald Reagan.” A recent popularity poll places Mr. Reagan far in the lead of beloved presidents. President Barack Obama, who has dropped considerably in the public esteem, is now rated as the worst U.S. President in the post-World War II period.

During his years in Washington, Mr. Walker was appointed by three presidents, Mr. Reagan, George H.W. Bush and Bill Clinton, to various positions of responsibility; he served as an assistant secretary of labor who oversaw pensions and health care. Connecticut pension obligations, it may be pointed out, are among the most onerous in the nation. In addition, Mr. Walker served for almost ten years as the head of the U.S. Government Accountability Office (GAO). He has successfully led and transformed organizations in all three sectors of the economy, including three federal government agencies and a global consulting service line.

Direction in politics is not merely part of the game; it is the whole game. Mr. Walker is convinced that Connecticut has been moving in the wrong direction for many years, and the election of Dannel Malloy as governor has not helped.

The notion, peddled by Malloyalists, that Connecticut’s frequent budget sink-holes have been caused by the last two Republican governors is pure campaign fiction. The flood gates of spending were opened after former Governor Lowell Weicker had instituted his income tax, and it is no secret that entrepreneurial activity decreases the more businesses are convinced that government cannot restrain itself from plundering entrepreneurial capital. Both Governors Jodi Rell and before her John Rowland were, it is true, imperfect firewalls holding back a spring tide of spending. But the spending itself was generated by a Democrat dominated General Assembly animated by series of laughably implausible assumptions, perhaps the most pernicious of which is that state government may improve the economy by withdrawing money from it and recirculating tax dollars to preferred companies, the essence of Mr. Malloy’s crony capitalist solution to debt caused by overspending. The real solution to overspending is to cut spending, just as the real solution to alcoholism is to stop drinking, always a measure of last resort to those who find it difficult to wean themselves from their addictions.

Red flags in Connecticut, Mr. Walker is convinced, have been flapping under our noses for a long while, and no one has taken heed of them. Connecticut’s very much in arrears pension obligations is one of the more obvious red flags.

Any effort to turn around Connecticut’s ship of state would be a very painful exercise, at least in the short run, which is probably why politicians in the state whose futures in office depend upon the placidity of voters have in the past been so reluctant to make the hard case for fiscal health and prosperity.

What is needed, Mr. Walker told me in a recent interview, is someone in state government who can work the spending side of the ledger, place important issues before the people and make the case that a little pain now would assure a brighter future later for everyone in the state – including those groups of people that Democratic Party propaganda has targeted as the principal beneficiaries of progressive programs. Self-reliance is a permanent cure; permanent dependence on government is a permanent crutch. Spending must be cut before taxes; commitments made by governors and other running for public office must be reasonable, workable and just; people in Connecticut are ready for politicians who will tell them what the people themselves already KNOW to be true.

In a just society, everyone should benefit from the ministrations of government, and government power should be used in an inclusive way to integrate rather than segregate competing interest groups into the larger society.

If Connecticut, now taking on water, sinks beneath the waves, no one will be safe from destruction, most especially those people who need a life-line to pull them aboard ship.

peter brush said…
What is needed, Mr. Walker told me in a recent interview, is someone in state government who can work the spending side of the ledger, place important issues before the people...
--------------
Mr. Walker is a most impressive person, even if he has had some affiliation with Harvard's Kennedy School. It appears as if the McKinney/Walker campaign is facing a powerful headwind,"un viento contrario" as we say down in Frog Hollow. But, perhaps the campaign's stasis as against the empty Foley one might be better characterized as due to dense electoral fog (in the Republican Party). I hope both he and McKinney are replicating his interview with you, and are speaking forth on a daily basis wherever they can, trying to get the issues before the people who are in fact receptive to the truth about our fiscal position. Yes, it will be difficult and painful to fix our mismanagement, but the politics of anesthesia and intoxication involve ever more taxation, ever less economic growth, and ultimate pain and destruction when reality inexorably imposes itself.
10:03 AM

Don Pesci said…
"I hope both he and McKinney are replicating his interview with you, and are speaking forth on a daily basis wherever they can..."

A little soon right now. Nobody -- other than know-it-alls like you and I -- is paying serious attention now. In the next couple of months, we may expect serious debates.The political calender does not always cooperate with our strongest feelings. Walker is probably best situated to speak comprehensively on economic issues. But I've said many times before that elections are won mostly on social issues. Republicans so far have not engaged on that front, and Malloy will be much stronger in that arena than anyone supposes.
12:14 PM

peter brush said…
Andy Warhol:
“They always say time changes things, but you actually have to change them yourself.”
------
I agree; the electorate is at best inattentive. But, McKinney has been "running" since last summer. I don't know what he can do to hit the jack-ass mass electorate in the forehead, or preferably, to get the celebritizing light to shine on his campaign. I do know that it seems silly to have public financing for his self-promotion operation for only a few weeks, after which the Republicans will have elected Foley as their candidate.
There certainly is plenty of time for Mr. Foley to say whatever he seems intent on saying.
-----------
I’m Tom Foley; Connecticut’s problems can be fixed with smarter policies and new direction
Nobody should be doing better than right here in Connecticut
It’s time to restore prosperity and optimism in our great state.
- See more at: http://www.tomfoleyct.com/news/tom-foley-releases-first-ad-2014/#sthash.tlCrXJKe.dpuf
5:51 PM