More Shared Sacrifice Is In The Cards 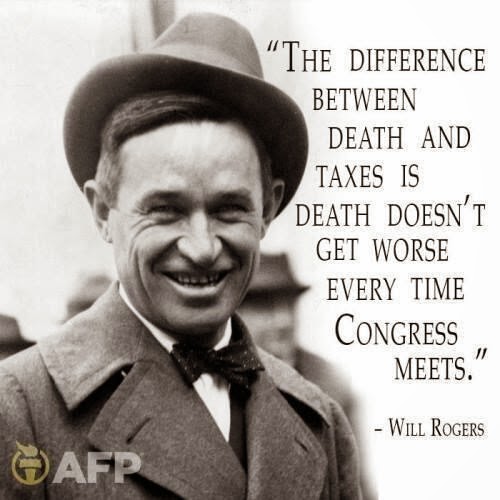 A Connecticut paper that has never met a tax increase in did not approve breaks the news gently. So gimmicky is Governor Dannel Malloy’s budget that it puts the editorial board in mind of Mr. Malloy’s predecessor, former Governor Jodi Rell, whose budgets – all of them passed by the Democratic dominated General Assembly – relied heavily on such gimmicks as moving red ink into future budgets, excessive borrowing to balance ordinary expenditures, and other sleights of hand that, Mr. Malloy said in his first campaign for governor, were exceedingly dishonest.

This year, the paper chides, “Now, pushed into a corner by a lag in tax revenues, Mr. Malloy and the majority Democrats in the General Assembly are using gimmicks of their own in passing what they say is a balanced budget for the fiscal year that begins July .”

The post-election year will open with a bang of a deficit -- $1.3 billion or more. That is the amount Mr. Malloy and the Democratic dominated General Assembly must wring out of the first year of Connecticut’s biennial budget if Mr. Malloy hopes to keep his “no new taxes” pledge, or …

There are only two ways to discharge a deficit, if one abjures the usual gimmicks used in the past to balance Connecticut’s books: Either you raise taxes, or you cut spending.

For purposes of re-election, Mr. Malloy has several times insisted he would not balance the books through tax increases. Funny how all politicians turn into former President George H. W. Bush – “Read my lips. No new taxes” – when the middle class, heavily burdened with the largest broad based tax increase in Connecticut’s history, is about to march to the polls.

Mr. Malloy already has played his “shared sacrifice” card. To be sure, the shared sacrifice of unionized state workers was not quite as burdensome to unions as was Mr. Malloy’s “shared sacrifice” tax increases to taxpayers, which is why, come to think of it, former state Senator Edith Prague chastised union leaders for balking at the deal -- a very good one for unionized state employees -- Mr. Malloy held out to SEBAC during negotiations prior to the signing of his first budget. Mrs. Prague said at the time that union leaders would be nuts not to have accepted Mr. Malloy’s best offer, which included salary increases of three percent nine years out. After some knuckle biting, the unions supinely accepted Mr. Malloy offer. They would have been nuts to reject it.

The tax increase card already having been overplayed, Mr. Malloy was under pressure this time around to promise, several times, that he was done increasing taxes. He had strained himself boosting taxes on nail salon owners during his first year in office. Taxpayers had sacrificed enough. This leaves Mr. Malloy with only one card remaining in his hand – multi-billion dollar spending for each of the next two years. Projected deficit figures are brought to us by the same Malloyalists who had recently calculated a surplus of half a billion dollars, a figure quickly whittled down by reality to a little over fifty million.

A week before the Republican nominating convention, Mr. Malloy unfurled his “no new taxes pledge” once again: "I do not believe we will do anything but cut taxes for the foreseeable future."

The “foreseeable future” will pass by Connecticut ears like a shot.  If there is in Connecticut one editorial writer, one political commentator, one union leader or one much plucked taxpayer who sincerely believes that Mr. Malloy will wring out of the hides of state workers the entire future multi-billion dollar state deficits, that person, now carefully concealed behind then flower pot, has yet to show his head. Nearly everyone in the state who thinks seriously about budget deficits “gets” the gubernatorial wink: “No new taxes” -- until the big spenders have all been re-elected.

The rational for raising new taxes in the foreseeable future will be what it has ever been: Despite years of throwing tax dollars in their direction, the poor are poorer. And besides, Connecticut’s huge and ungovernable dispensary of tax dollars cannot afford to lift the debt burden all by its lonesome self.

Those who have not already left the state for greener pastures elsewhere would be wise to hit the bunkers and prepare for SHARED SACRIFICE II.
at May 09, 2014