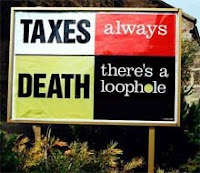 He’s the guy who twisted knuckles and toes to get the thing past. Weicker now wishes to disassociated himself from the inevitable and logical consequences of the tax, and to this end he has given an interview to Ted Mann of the Day of New London in which he claims that the current deficit of $9 billion, give or take a billion, is the result of human nature and not a foreseeable consequence of his tax.

Who knew, after all, way back in early 1990, that the tax designed to discharge a deficit of a little more than a billion in a $7.5 billion budget would metastasize, leaving the state, only two governors after Weicker gave birth to it, with a budget more than twice as large and a debt more than three time as large?

In a rare humorous moment from Weicker, the father of the state’s income tax claimed that his lieutenant governor, Eunice Groark, mothered the state’s multi-billion dollar levy. But we know who the daddy really was, and so does Weicker. His DNA is all over the tax. When Weicker brought in as his Office of Budget and Management chief William Cibes, who ran for governor on a pro-income tax platform and was thumped, Republicans smelled the rotten mackerel wafting in the wind. Tom D’Amore, Weicker’s chief aide who popped up recently as an advisor to Ned Lamont’s campaign against Weicker’s bete noir, Sen. Joe Lieberman, served in the Meskill administration. It was during this time that D’Amore became comfortable with an income tax. The Meskill administration gave birth to an income tax that was snuffed out by an alert legislature hours after it been conceived.

Weicker’s interview with Mann is, in a sense, the former governor’s attempt to own up to the realities of present day life in Connecticut without accepting any responsibility for the ruinous results of his “courageous” decision to brave contumely – and apparently beer bottles – when he went ahead and did his courageous thing. This mock courage was brilliantly skewered by Chris Powell, the Managing Editor of the Journal Inquirer and its chief columnist, in a recent opinion piece.

Weicker, a nominal Republican, always has maintained a foot and a half in the Democratic camp, mostly for reasons of self preservation, and he has consistently used the Republican Party as a foil to promote his own career, terminated when Weicker saddled the state with an income tax.

Nothing in the Mann interview, most of which has remained on the cutting room floor, will surprise seasoned Weicker watchers. The man in full is there, if only in flashes: the bluster (Powell once reviewed Weicker’s adulatory autobiography “Maverick” in an extended opinion piece titled “Mr. Bluster Saves The World"); the revisionist review of recent history (Gagging on the metastasized bottom line of successive state budgets, Weicker, the Atlas of Connecticut politics in the view of his few remaining admirers in the state, now shrugs that human nature is responsible for the outcome, a present budget deficit that dwarfs the deficit Weicker used as a ploy to convince querulous legislators to support his and D’Amore’s and Cibes’ income tax); the shear audacity of pretension.

Take, just by way of example, Weicker’s notion that budgets exploded after the income tax because human nature is what it is and he was incapable of changing human nature. Human nature has not changed radically in the space of three governors. Democratic legislators were acquisitive before the income tax and they were more acquisitive after it -- because the tax provided them with more money jingling in their coffers.

The bare and hearty truth is that the income tax was designed by Weicker and Cibes and D’Amore to spare them and the Democratic Party the trouble of making economies through spending cuts and prudent outlays of money. And it succeeded in its object beyond the wildest dreams of the tax eaters in state government. The income tax, in other words, was the gas thrown on the fires of irresponsible state spending that Weicker protested in his campaign for governor as a reason not to impose an income tax on the state he would soon leave for greener pasture after his work of destruction had been accomplished.

So here we are, two decades after Weicker’s “courageous” decision to impose a new revenue stream on his state. That stream leads directly from people and businesses to state coffers and eats out the substance of the people. Weicker apparently is moving back to Connecticut at a time when wiser heads will be moving out. Democrats have just proposed to increase taxes by $1.5 billion; the state debt is $9 billion; nuisance taxes are being raised; UConn has projected that the state is in for another prolonged slow or no growth period such as accompanied Weicker’s courageous decision to impose an income tax on Connecticut. Most of this has been manfully but ineffectively protested by Weicker’s cast off party.

And Weicker’s solution to the mess he is chiefly responsible for causing is – to start a new political party.

Like the one that gave us the income tax?

What we really need is a Jeffersonian revolt against puff toad politicians.

Bob Swick said…
Don
Great piece and the sad part about it, is that all of the excessive spending and excessive taxes have done absolutely nothing to improve the quality of life here in Connecticut. Now again we saw more of the same, higher spending and higher taxes with really not much to show for it.
11:35 AM

Don Pesci said…
It represents the greatest shift in my lifetime of money and resources from the productive sector -- conservatives should stop calling it the private sector; there's nothing private about it -- to numbskull taxeating bureaucrats.
7:58 PM