A letter to Major Donnelly's son 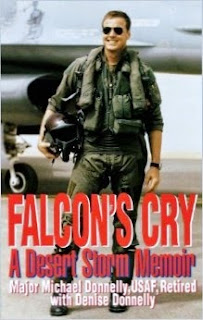 A letter to Major Michael Donnelly’s son Sean, who soon will be attending East Catholic in Manchester. Major Donnell was a hero who died in the service of his country.

When you came to see me at Nordstrom with your uncle Tim in tow, there to buy a blazer for your father’s funeral, I was struck dumber than I usually am.

It was the sight of you that did it – because you looked as your father once did when your grandmother used to bring him to another store where we both worked, Luettgens Limited, now a blessed memory. He and your uncle Tim used to visit me there when he was a few years younger than you.

In the spot where your grandmother and I used to spend our days working and laughing away the hours, there now arises a towering apartment complex that, the city fathers hope, will help Hartford throw off its stupor and become, as the ad-men say, “a rising star.” But don’t bet on it.

If ever a son was the spitting image of his dad, you are that son. The shock of recognition was a little too much for me, and my tongue refused to wag in my mouth -- a very, very compromising situation for someone like myself, who spends his idle hours stringing together thoughts, usually on political subjects, that are discarded with the recyclables.

Anyway, I’ve decided to take the coward’s way out and tell you in a column some things you probably already know.

If God is a poet – and some people, among them St. Augustine and St. Thomas Aquinas, in his mystical moods toward the end of his life, think He is – it is appropriate that He arranged to receive Michael near the Fourth of July; for your father was indeed a patriot, and well named after the archangel who is the protector of the Catholic Church.

Your father would be horrified to hear me say this because, in addition to all else, he was blushingly modest … in an Irish sort of way; which is to say in a mischievous, teasing, witty way that hints at but does not cross the border of boastfulness. His friends probably have told you that, while he lived, Michael was the most fully human creature on the North American continent.

The sufferings he bore during the years he was afflicted with ALS would have tested the resolve of Job. You will learn about Job, and much else that is useful, when you begin school later at East Catholic in Manchester, your father’s alma mater.

It is Job’s great suffering, and the certainty that he has not sinned against the light, that lifts him above the false reasoning of the wise and prideful “friends” who contend with him. The message of Job is that the suffering good men sometimes bear is not a punishment. It is never a nullity. Sometimes it is a trial in which a man is found innocent who believes, against all the testimony of his senses, that God, whose ways are unsearchable, is a good, just and faithful Father.

Within the Catholic understanding, suffering is not purposeless. It is part of the order of creation. This is not to say that Catholics do not love life to the full. Your father – Irish on his father’s side, and Italian on his mother’s side, a potent combination -- loved the work of God’s creation, which includes, among all the glories of the earth, Sean Donnelly. But Catholics understand that in suffering the love of God is purified. One who suffers much is freed of self seeking and brought closer to a true understanding of the meaning of the Cross.

Your father’s life, like the life of all fathers, was a life given up for others. That is what it means to be a father, husband, son, patriot, American.

I have a feeling, call it a prophesy, that someday you will, like him, grow to be a man in the pattern of your dad: upright, strong, courageous, and honest, a faithful father to your own son – with just a touch of Irish playfulness to sweeten your hours. All this lies in a future that today stretches before you like an endless summer day, an infinite resource. That future, so full of promise, is your father’s greatest gift to you.