Connecticut’s Media In The Age Of Decline

“The time for half-measures is over,” the Courant bravely announced. “Connecticut residents spend way too much time alone in their cars and we’re destroying the planet in the process.” Cars and their owners are now planet destroyers, don't ya know. Perhaps Connecticut’s environmentally woke General Assembly can be convinced to outlaw the use of cars by these murderers, a measure that would “vastly expand mass transit, provide green options like bike paths in cities and work to actualize a future where cars play less of a role in our daily lives.”

For nutmeggers who have not yet jumped the hedge and moved to, say, Tennessee, tolls very well could be the state’s salvation. “Not to toll cars is more than just leaving money on the table,” the Courant advised, “it’s[a] failure to plan for the future.”


For fifty years, with the exception of about four years of sanity, the General Assembly has operated on the Courant’s progressive principle – do not leave any money on the table. Scoop it all up. And never mind that the people’s money is best left in the hands of the people, who spend it much more wisely and profitably than Connecticut’s legislature, which reacts to serious cost cutting pretty much the way the Devil reacts to Holy Water.

The Courant vigorously backed the Lowell Weicker Jr. income tax and two massive taxes imposed by former Governor Dan Malloy, now serving as Chancellor at the University of Maine’s higher education system. Positions of this kind have often been used in politics to break the fall of hard charging politicians.

Tax-wise, Malloy should feel right at home in Maine. Like Connecticut, Maine has a progressive income tax, rates being set between 5.8 to 8.15 percent. Like Connecticut, Maine’s state worker-teacher retirement system is underfunded. Maine is about $6.5 billion in arrears, a real piker. Connecticut’s much less frugal state and local unfunded retirement obligations top out at $124 billion. Maine is noted for its lobsters and its ocean coastline. Connecticut is noted for its fleeing population, people voting against the state’s tax load with their feet, and its relocated governors. While Malloy is strutting his stuff in Maine, the state’s last Republican Governor, Jodi Rell, formerly of Brookfield, now calls Florida her home. Florida has no income tax and is to Connecticut expats what fly paper is to flies.

Connecticut’s media as a whole has never met a tax it did not fall in love with at first sight, and it approves of the much revived Lamont-Looney-Aresimowitz tax grab. Lamont and Looney are respectively the Democrat heads of the state Senate and House. Hearst Media Group – which now comprises the New Haven Register, Connecticut Post, Greenwich Time, Stamford Advocate, The Norwalk Hour, and 14 weekly newspapers, including The Darien Times, Fairfield Citizen, New Canaan Advertiser, The Greater New Milford Spectrum and Westport News – has succumbed, probably for business and ideological reasons, to the blandishments of the state’s ruling regime.

The Courant also hopes that Connecticut eventually will be able to make sense of its gambling operations, in part yet another tax drain. “But,” the Courant notes without a hint of irony, “before legislators approve one [more] expansion [of its gambling monopoly] they must be armed with actual data about how it would affect Connecticut’s economy - and what the market will truly handle.” Reliable data on tolling has yet to be released, and those who favor tolling haven’t the slightest idea how much additional taxation, direct or indirect, the taxpaying market in Connecticut can bear without unleashing destructive consequences – such as decade long recessions, business flight, the shift of market decisions from the public square to the Capitol building in Hartford and – most destructive of all -- an indisposition on the part of Big Spenders in the General Assembly, whose appetite for tax dollars is insatiable, to make permanent, long term cuts in spending.

Connecticut’s approach to governance during the last half century has been one long, uninterrupted, perversely unrepentant, progressive flight from reality. And we have now arrived at a point in which the triumph of administrative state propaganda over common sense and right government is complete and unchallenged by a slothful media. 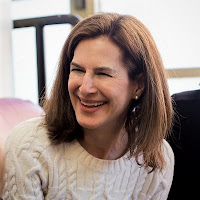