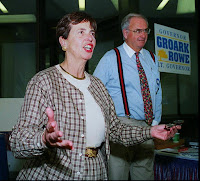 Hilaire Belloc’s "Advice to the Rich" – Learn about the inwards of your motor car... And remember that you will shortly die.

Belloc is here reminding the rich, who often are busy and therefore distracted from the practical knowledge necessary to live a happy and joyous life –“Learn about the inwards of your motor car ” – that the end of life is not heaping up money; Belloc’s accompanying admonition, equally important, is a gentle reminder that God does not always sleep -- “and remember that you will shortly die.”

An unapologetic Catholic, Belloc supposed that both the rich and the poor, when their time in this vale of tears had run out, would fall into the hands of the living God. In the modern world, most dramatically in Europe, the living God has been mythologized, and no post-religious European need any longer worry that the Christian God of the beatitudes – “Blessed are the poor, for they shall be called the children of God” – is a jealous God. So, scratch the second admonition – “Remember, soon you will die” and thereby fall into the just hands of a living God.


When former Lieutenant Governor Eunice Groark, age 80, died just a couple of days before the 2018 State Republican Nominating Convention, praise was heaped upon her; but, as usual, the eulogists missed the most important note.

If Governor and Senator Lowell Weicker did have a sense of humor -- which is radically different than a sense of one’s role in the world as an agent of progressive change: I am Maverick, hear me roar! – Weicker kept it well hidden. But he did spring a joke on the public once, when he suggested that his income tax should be named after Groark rather than himself, a rare show of fake modesty. The income tax was Weicker’s and Bill Cibes’ baby. Cibes, it will be recalled, ran for governor on an income tax platform and suffered ignominious defeat. Later, Weicker hired Cibes as the head of his Office of Policy Management. Pulling at Weicker's oars, Groark delivered the final vote in an evenly divided legislature that gave the state its income tax – and changed, perhaps forever, an advantageous difference with its neighboring states that had, until that time, tipped the flow of businesses from high spending states to “backward” Connecticut.

The Weicker-Groark income tax saved the administrative state, cowardly politicians colluding with union interests, the necessity of suffering the backlash that occurs whenever permanent cuts in state spending are made. Governor John Rowland wafted into office on a promise he would repeal the income tax, soon turned to other matters, and a few short years later, when Connecticut’s budget surpluses turned to deficits, even Weicker groused, “Where did all the money go?”

It went where appropriated money and funds skimmed from so called “lockboxes” always goes – to support the administrative state at the expense of the real state.

Weicker had not bothered to pop Connecticut’s economic hood and learn something about the inwards of the state’s economic engine.

Groark’s vote approving Connecticut’s income tax was not courageous. Present when Weicker vetoed three non-income tax budgets, the Lieutenant Governor was expected to pull Connecticut into a rosy spendthrift future. We have now seen that future, and it doesn’t work. Malloy trumped and raised Weicker, resolving deficits smaller than the one that gave rise to the income tax with two additional tax increases, the largest and the second largest in state history. And these massive monetary pipelines from the real state to the administrative state have only served to increase spending and reduce both taxpayers and job producers in the state, the milch cows that provide the administrative state with the mother’s milk of politics.

Groark was indeed courageous, far more so than any of Connecticut’s three male governors. After he had saved the administrative state to which he had sacrificed the real state, Weicker, a faux Republican while he was U.S. Senator, high-tailed it out of town. Following Weicker into office, Rowland eventually made his way into prison. Not that there’s anything wrong with that; a fellow politician who also spent time in the hoosegow, present Mayor of Bridgeport Joe Ganim, is now running for governor as a Democrat. Malloy, who lashed hard-pressed Connecticut taxpayers with two massive tax increases, has lame-ducked himself, surprising no one. Malloy’s favorability ratings -- 21 percent in April, 15 percent less than Trump -- place him in Connecticut’s political sub-basement.

Unlike Weicker and Malloy, Groark ran for office as governor on Weicker’s throw-away party line, A Connecticut Party, and presented herself to voters for affirmation. Naturally, she lost her gubernatorial bid, causing a tear to course down Weicker's cheek. "I'm only sorry" Weicker told the Hartford Courant, "that she didn't get elected in her own right." Really? Why then didn't Weicker run with her, instead of running away from her?

Groark had more steel in her spine than either Weicker or Malloy. She, at least, had the courage of Weicker’s convictions. Weicker the Maverick did not.