When Empathy Is Not Enough 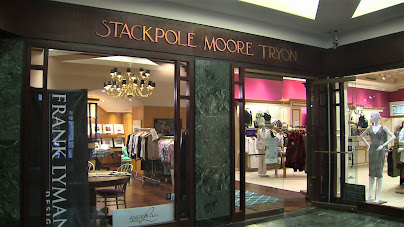 “We’re literally living on savings and credit cards and I don’t want to close my store so this money meant so much for me,” she said. She was sincerely and tearfully thanking politicians in Connecticut for providing her with some crumbs under the table.

Lamont’s reaction to her tearful testimony was disturbingly empathetic.  “Believe, me I hear that pain,” said the man whose dicta, in the absence of fully functioning legislative and judicial branches of government, has caused widespread unemployment in the state. “I’m not much of a clothes guy myself, but I’ll get my kids over there and that should be a decent day.”

But, of course, man does not live by crumbs alone. And neither do cities.

Striking a similar chord in a piece he wrote for the Wall Street Journal, Bob Stefanowski was instantly and artfully misunderstood by Democrat politicians. Mayor of Hartford Luke Bronin said Stefanowski, born in New Haven – Bronin arrived in Connecticut by way of New York -- could not possibly understand Connecticut cities; others wrote in to the principal newspaper of the state’s capital city, the Hartford Courant, which recently vacated its property, to say that Stefanowski was misleading the people of Connecticut, perhaps in a craven political bid to become the next Republican governor of the state.

Stefanowski ran for governor of Connecticut in 2018 against Ned Lamont -- born in Washington D.C., reared in Long Island --  and lost to Lamont by a narrow margin, 48.4 percent to 47.1 percent; this in a state in which Democrats outnumber Republicans by a ratio of two to one.

Bronin, formerly Governor Dannel Malloy’s chief counsel, had saved Hartford from imminent bankruptcy by begging crumbs from his former boss and, with a signed deal under his belt, according to which the state of Connecticut would pay off Hartford’s debt for a few cycles, Bronin went on to become Hartford’s mayor.

But, Stefanowski pointed out, cities do not live by crumbs alone, nor do states, a critical note that cut to the political bone.

For a half century, Democrats have been able in political campaigns to win the hearts and minds of urban dwellers in the state’s largest cities, the diamonds in the state Democrat Party’s campaign crown. The mayor of New Haven is Justin Elicker; the last time Republican won the mayoralty in New Haven was in 1945. The mayoralty in Bridgeport is held by ex-felon Joe Ganim, the come-back kid who, like former Governor John Rowland, spent many of his prime political years in prison. Ganim was convicted in 2003 on 16 federal counts: one count each of racketeering, extortion, racketeering conspiracy, and bribery; two counts of bribery conspiracy; eight counts of mail fraud, and two counts of filing a false tax return. None of the convictions stood in the way of Ganim’s successful campaign as mayor after he had stepped out of the long nine year shadow of prison confinement.

Stefanowski no doubt will be asked, as have other Republican office holders, for a ritualistic denunciation of Trump, these denunciations serving as a ticket to political office liberally handed out by so called objective and independent journalists, none of whom have yet demanded the impeachment of Ganim, or praised Stefanowski for not having contested in court his narrow 2018 election loss to Lamont. Very likely Stefanowski feels, as does nearly half the country, that Trump has moved the liberty ball forward while in office.

The U.S. Supreme Court has been graced with three new justices, all of them originalists. It was the dearly departed Justice Ruth Bader Ginsburg, a close friend of Justice Antonin Scalia, who said, approvingly, “We are all originalists now.” Most of the rhetorical garbage spewed by Connecticut’s two U.S. Senators, Dick Blumenthal and Chris Murphy, during the senatorial hanging of Justice Neil Gorsuch dissipated when Gorsuch, an originalist, wrote a decision in a history making case bringing gay marriage under the protective shield of the 14th amendment. The month long assault on Justice Brett Kavanaugh brought disgrace only upon the assaulters. Justice Amy Coney Barrett escaped much of the Democrat fire and brimstone in part because she was a woman, and chivalrous congressmen on both side of the political divide -- mostly politically privileged white males -- felt bound by an outworn code of manners nowhere in evidence when males are hauled before congressional tribunals.

There are signs here and there that people in Connecticut are weary of the trench warfare of partisan hacks. The problem with being in the trench is that you cannot see the horizon from that vantage point. As a general rule, those who have lived their entire lives behind political barricades, both politicians and members of an increasingly insular media, are prevented by this from seeing politics from the outside in, the world view of most people. Within their claustrophobic view, politicians are able to close their imaginations only around the intensions of a bill or policy, for instance, but are blind to the practical consequence of their legislation. Full of empathy, they do not know what they do.

Stefanowski is not one of these.