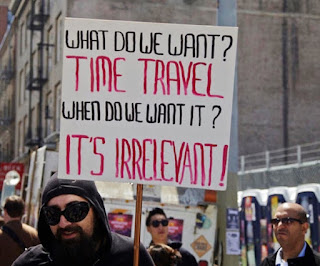 So then, you’re a progressive young or old populist Turk. Got some questions for you.

How many times in the last year have you 1) washed your hands; 2) kissed your wife or partner, unprotected by a Coronavirus mask; 3) taken a bus or train to work; 4) given up a raise so that your employer might have sufficient profits to train or hire a new, non-white, non-privileged worker; 5) volunteered at a Planned Parenthood abortion factory that specializes in selling to doctors baby parts harvested from late term abortions; 6) gotten a part time job  to defray the costs of your very expensive, ivy league, white privileged, education; 7) laid a curse on a progressive politician for raising taxes on the working poor; 8) protested tolling, which disproportionally impacts non-privileged, black and Latina, underpaid “indentured servants” who work to make life tolerable for white, rich, privileged women living in Fairfield’s Gold Coast and married to obscenely wealthy hedge fund managers; 9) had lunch recently with a trucker who, operating on a shrinking profit margin, is troubled by the prospect of additional taxes; 10) volunteered your services at one of Connecticut’s nursing home charnel houses neglected by Governor Ned Lamont.

Can you tell us in round numbers how many gun crimes have been committed by underage gunslingers in Connecticut’s three major cities – Bridgeport, Hartford and New Haven – after enlightened politicians years ago passed, in response to the murders of school children and staff at Sandy Hook Elementary School, gun control laws that are among the most restrictive in the nation but have had little impact on kids shooting kids in the state’s increasingly unlivable urban centers?

Do you raise your eyebrows when you stumble over the following locutions frequently found in Connecticut media news reports: The Republican Party is “racist”; the closed-shop Democrat Party is “democratic”; the ruling Democrat majority in the state’s General Assembly is “inclusive”; large city governments, operated more or less exclusively by Democrats for the past half-century, suffer from “institutional racism”; Coronavirus – and not a Democrat governor who has driven a recession prone state into yet another ten year, politically caused recession – is responsible for Connecticut’s wall to wall business shutdown and consequent “budget deficit.”

Is former Vice President Joe Biden senile, or is he cleverly, by maintaining a telling silence, trying to crawl out of his past moderate Democrat skin to satisfy and quell objections made by aggressive, progressive Young Turks in Connecticut like you who hope to snatch political power from dry-as-dust center and center-right politicians such as Biden?

Oscar Wilde has one of his characters in The Importance of Being Ernest say, “I hope you have not been leading a double life, pretending to be wicked and being really good all the time. That would be hypocrisy.” Is Biden only pretending to be a far left of center Democrat so that he might harvest votes from the activist wing of his party, or is he only pretending to support the destructive notions of US Representative Alexandria Ocasio-Cortez and the indomitable Nancy Pelosi?

Are you registered with a political party of your choice – Republican, Conservative, Libertarian, Democrat, Anarchist, Socialist, Communist, the Mobocrats of the Street, etc. – if not, why not?

Descriptionbe permitted to vote in US elections? Would you favor some system of voter identification, however imperfect, that would prevent Guatemalans from voting in US elections?

Should President Trump be impeached – again?