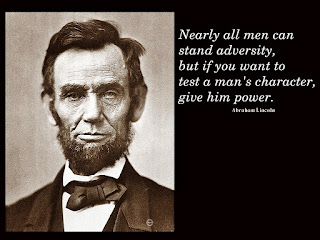 Connecticut’s General Assembly, as most people know, is non-operative; ditto the state’s court system; ditto doctor’s offices – but not golf courses. Doctors may still golf, despite the ravages of Coronavirus. Hospitals, we are told, are losing money because their elective surgeries have been curtailed.

It was not long ago that the administration of Governor Dan Malloy, now in charge of the college system in Maine – closed – sent his Office of Policy Management guru, Ben Barnes, rooting through hospitals looking for additional tax funds. Connecticut, as usual, was broke at the time and thirsting for additional tax revenue. Barnes was asked why the state was showing such peculiar interest in raising taxes on hospitals, and he replied, in the accent of Willie Sutton, the bank robber, “because that’s where the money is.” Connecticut, since 1991, the year then Governor Lowell Weicker graced the state with his income tax, has been piling up budget deficit after budget deficit, largely because craven politicians have been unwilling to recover state costs from public employee unions; it’s where the money is.

The money hoarded by hospitals, thanks to Coronavirus, has been flushed out; elective surgery, tamped down by Corovavirus, is where the money was.

Within a ten minutes’ drive from my house, there is a gas station – not closed because gas stations have been deemed by Connecticut’s now unitary government an “essential” business, like hospitals. Nursing homes, not unlike hospitals, are closed to relatives of the helpless and victimized inmates. Fully 60 percent of all deaths “related to” Coronavirus have occurred in nursing home death traps while the state’s unitary government – i.e. Governor Ned Lamont – was busily shuttering businesses and launching edits and golf manifestoes.

In Massachusetts, driving ranges are closed, but golf courses are open, according to Howie Carr. Putting courses may be open; no one really knows, because the edicts pouring in an endless stream from Massachusetts Governor Charlie Baker – a Republican, sort of – are as unprincipled and inscrutable as the Oracle of Delphi. The Greeks of the golden years kept priestesses, usually high on drugs, on board at Delphi to interpret the oracles. These days, in the political theater, numberless spokespersons are made available to interpret the governors’ edicts.

The message in Massachusetts appears to be that you may be able to putt a golf ball but you can’t drive one at a driving range – unless you find yourself on a golf course, with an unavailable doctor at your elbow. In that case, you can do both.

Confusion among restaurant owners in Connecticut may be worse. You can serve meals outside but not inside, even though you may have a better chance inside of enforcing unprincipled and lawless edicts. And if you have no outside in which you might serve your dwindling clientele before you are forced by edict out of business, you are, as they say, up Lamont’s creek.

If while dining in some God forsaken asphalt parking lot, you have brought along your children, all of them under 14, they may be able to tell you that toxic characters like them have almost zero chance of becoming seriously ill with Coronavirus. Even so, they are deprived of their CONSTITUTIONAL right to attend free elementary and secondary schools in Connecticut. Yup -- CONSTITUTIONAL RIGHT: “There shall always be free public elementary and secondary schools in the state. The General Assembly shall implement this principle by appropriate legislation.” (Conn. Const. art. VIII, § 1).

Please note that the provision does not say there shall always be in Connecticut pedagogical telecommunication. The schools are all shutdown, even to preteens rarely seriously affected by Coronavirus but allowed to feast in asphalt parking lots.

Connecticut’s General Assembly has not given its imprimatur to any of the lawless standards imposed by Lamont on his victims. Yup – VICTIMS: More than 60 percent of all deaths in Connecticut “associated with” Coronavirus have occurred in nursing homes while the legislature was sequestered and the Governor was busying himself producing manifestos and edicts.

There are lawless laws. Whenever the US Supreme Court strikes down a law passed by a legislature that is, in the view of the court, unconstitutional, the law is voided. It is – pun intended – a lawless law. There are lawless standards. Indeed, there are edicts that, properly speaking, transcend standards. What is the applicable standard that permits a golfer to putt but not drive a golf ball, unless he does both on a golf course? Then too, a standard, however tortuous, set by a governor without formal approval from a legislature is not a law. So says the US Constitution, which prescribes in great detail specific non-transferable functions to each of the three branches of US and State government: the legislature writes laws; the executive department enforces them; and the judiciary assigns punishments to lawbreakers.

The present unprincipled, lawless and unconstitutional state of affairs cannot produce respect for law among the citizenry. If a citizen defies an edict that has not been affirmed by a legislature and is therefore, by definition, not a law, has he or she committed a transgression? Samuel Johnson answered that question in 1740.