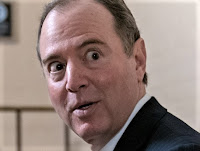 The impeachment of President Donald Trump has blotted out lesser news stories. Journalistically, the impeachment circus has become the sun that, early in the morning, hides the stars behind a veil of bright light. But the stars twinkle, never-the-less.

According to most polls, former Vice President Joe Biden will eventually become the White Knight facing the Republican’s Black Knight, Trump, whom Democrats, during their somber impeachment process, hope to remove from office before the 2020 elections. This fugitive “hope” is doomed to be crushed by the numbers. Democrats simply do not have the numbers in the U.S. Senate to boot Trump out of office before the national elections and, in politics, numbers rule.


Polls show that most Americans are shrugging their shoulders at the impeachment process but, at the very least, the clips of the hearings may be fashioned into campaign howitzers before 2020. U.S. Representative Jerry Nadler, the Danton of the impeachment hearings, already has accused Republican members of the Senate of traitorous behavior by presuming to disagree with Jerry Nadler. And clips of Representative Adam Schiff’s oratory scorch media outlets even now. Schiff, who is managing impeachment proceedings on behalf of Democrats in the Senate, is the long-winded Robespierre of the impeachment heave-ho. But when Robespierre wound up an issue, none in his audience dared slumber. If brevity is the soul of wit, Schiff’s long, sleep-inducing performance has been deemed by some to be witless. And, perhaps worse, there are no humorous punch-lines in his oratory. To be fair to Schiff, the austere and humorless Senate frowns on displays of humor. On the Senate stage, one cannot imagine a more somber actor than Schiff.

There is a downside to the festivities. The national media – increasingly unable to chew gum and walk at the same time – is missing out on Biden’s performances.

Before small groups of people who appear to be hanging on his every word, Hunter Biden’s dad has now begun to flesh out his foreign policy strategy. In the event, following his swearing-in ceremony as President, Biden is not immediately impeached on a charge of bribery by the US House, there will be foreign policy to conduct.

Throughout history, prudent foreign policy has been shaped on a “friends and enemies” anvil. We now know that President of Russia Vladimir Putin has belatedly been dumped by Democrats into the “enemies” trash bin. The whole point of the seemingly endless Mueller investigation was to discredit both Putin and his presumptive “friend” Trump. Democrats were dashed when Mueller removed Trump “collusion” from his prosecutorial table. Putin, formerly on relative good terms with both Secretary of State Hilary Clinton and her immediate boss, President Barack Obama, has now been devalued. Clinton gifted Putin’s emissary to the United States, Russian Foreign Minister Sergey Lavrov, with a “Reset Button,” and Obama was caught on a hot mic imploring Dmitry Medvedev, former Prime Minister of Russia, to tell Putin that problems of missile defense between Russia and the United States might be solved if only Putin would allow Obama more space. "This is my last election,” Obama whispered. “After my election I have more flexibility." Medvedev was sympathetic. "I understand,” he replied. “I will transmit this information to Vladimir [Putin]."

It would appear that Putin was given a great deal of flexibility during Obama’s second term, when he gobbled up Crimea in Ukraine and firmed up his friendship with Syrian tyrant Bashir Assad and the mullahs of Iran, who had been for decades enemies of the United States and Israel, the rarest democratic bloom in the Middle east. Trump, during his first term in office, moved the American Embassy to Jerusalem and grievously disappointed his friend Putin by arming Ukrainians with tank destroying missiles.

In recent days, Obama’s second in command, former Vice President Biden, told his supporters on the campaign trail 1) that the United States no longer needs standing armies, and 2) that we should be helping rather than hindering China -- because China is our friend. It’s friendship with the Western world has recently been expressed by its attempts to suppress a pro-democracy insurrection in Hong Kong. With friends like this, friends of democracy might ask, who needs enemies?
Biden’s support among possible Democrat voters in Connecticut appears to be solid, but Democrat politicians in the state have not yet fulsomely endorsed Biden for president, nor has Obama, who discouraged his own Vice President in 2016 from disturbing Hillary Clinton’s march to the White House. “Gov. Ned Lamont,” a Hartford paper reported in December, “who held a fundraiser for Biden at his Greenwich home in October, is expected to campaign for him in New Hampshire ahead of the Feb. 11 primary.”
At some point the question will arise, though possibly not in Connecticut’s left of center media: Why do we need military procurements supplied by Connecticut’s arms makers – Sikorsky, Pratt&Whitney and Electric Boat – if the United States is to do away with its standing army?
On with the impeachment then.

Some Republicans with a sense of humor are questioning whether the Democrat leaders of the General Assembly, President Pro Tem of the S...